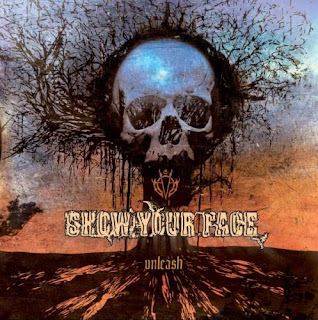 I'm gonna say that before I had never heard of this band before a member contacted me. I'm sure many people who come to this blog often will see that I'm not particularly fond of metalcore, or most melodic death metal bands, but when a member of the band sent me this album, I was open to hearing it. I'm not a fan of metalcore, and most groove metal is just lame, but I'm always open to hearing new stuff.
Now, I'll say right now that if you're a fan of metalcore, this will probably be up your alley. I have to say up front, that I am not a fan of this style of music, and this did not really impress me all that much. I think breakdowns are, nine times out of ten, extremely useless and boring, and most of the grooves on here are pretty simplistic, average at best to be brutally honest. Then there's the vocals, which pretty much ruin this album, in my opinion, they sound like a grunge, or modern rock singer, attempting to pull off a death metal growl, and failing, hear Stay Away, and then there's the pig-squeals, something I literally can't stand, I don't like it in death metal and I don't like it in here. His pronunciation and lyrics on some tracks just make me cringe, Blessed and Mind Pollution, and it really hurts to listen to him bastardize what are otherwise decent groovy-metalcore.
With all that said, Chris, the bassist of this band, I think really makes himself known and is probably the best player on here, in my opinion. He really goes above the norm of simply grooving with the guitars and drums by putting in a few nice fills here and there, Pain Is Fear. I think the drums and guitars live up to at least giving a good performance, it's not spectacular, but it's certainly on point and focused. The band are at their best when they're doing instrumental sections, the intro to I Feel Nothing perfectly exhibits this, they get a nice melody going and it's actually better than a lot of other bands, but then the vocals come in and just ruin it. Don't Blame Me and Mortify The Flesh also show that these guys are also able to pull off some decent changes and at least venture into more death metal territory making use of blast-beats and some time-changes.
Overall, I was disappointed by this release, it certainly did not do anything for me and I just couldn't get past how terrible the vocalist was. Chris, I think you're a good bassist, but I'm sorry to say that the rest of your band is just average at best. Check this out if you're into metalcore, groove metal, or even nu metal.
Overall Score: 4
Highlights: Pain Is Fear, Minus 56, Don't Blame Me

(Sorry again Chris)
Posted by maskofgojira at 11:50 AM