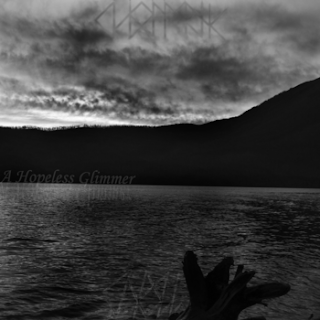 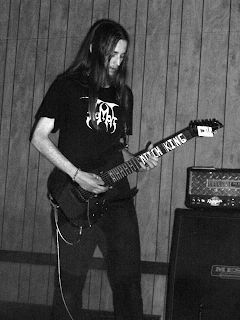 Last year I found Tyler Okrzesik's solo project Cholernik, and I was quite surprised by what I heard. Unlike many other one-man projects, "Nine Noble Virtues" exhibited a lot of progressive songwriting techniques and playing. Having released an album every year, this is the one for 2011.
What I found so interesting about Cholernik was that it had some of the more progressive leanings of a band like Krallice as well as hints of stuff like Liturgy. The riffing moved from spastic and dissonant to more melodic and harmonious, retaining elements from black metal, death metal, prog rock, etc. but done in a very different fashion to almost any other artist I had heard up to that point. The guitar playing on here is very good, there's a lot of different ranges, from the more death metal and black metal stuff to more jazzy sounds. This album holds the first appearance of vocals in Cholernik, though they're only on four songs. I actually think Okrzesik's vocals are a pretty strong point for this album, he has a nice and dry scream which suits the music.
What I find the hardest to get past with both this and "Nine Noble Virtues" is the sound of the drum programming. On the last album, the kicks were not only too loud in the mix, but they were way too mechanical, and on here, while the kicks are further back in the mix, the cymbals are far more annoying and ear piercing. They are way too glassy and robotic for me, and almost completely ruin tracks like Through The Clouds. While above I said that the guitar playing is very good, and I stand by that, it doesn't always fit with whatever else is going on in a song, the piano that opens The Blackened Bliss works until the guitars just start trying to mimic the pattern of the piano. I also have to say that over half of these ten tracks top the eight minute mark, which make this almost eighty minute album feel very long. After a while this just becomes too much like a chore to listen to, even the two shorter tracks Dawn of The Swine and Fog of The Truth, are pretty inconsequential interludes which do very little to actually break up the intensity of this disc.
You know, it's not even that I don't like this album, I just feel like it's way too long and uninteresting. To be honest, listening to this thing actually gave me a headache, and after a while I just wanted to turn this off. I'd still suggest you check this out, maybe you'll find it interesting if you like more abstract sounding black metal.
Overall Score: 6
Highlights: Odin's Final Pyre, The Triumph of Solitude, A Forlorn Flame
Posted by maskofgojira at 11:14 AM