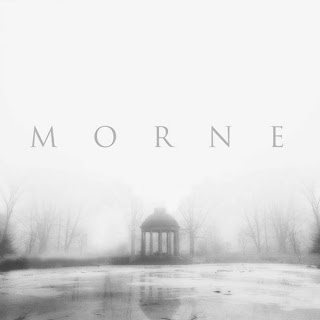 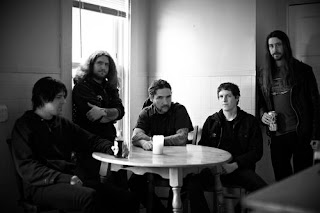 Before getting this record I had not heard a second of a Morne song, but was looking forward to this release. If only for the fact that this was being released on Profound Lore and I hearing good things about it, I was excited to hear it. When I finally found this, it was something I pretty much had to listen to immediately, did it disappoint?
I remember reading a review of this album where the writer had said that this album really made him think of Neurosis, "Times of Grace"-era, and I can certainly see that sound on here. If you're expecting post-metal, which I guess I sort of came into this expecting to hear a least a little bit of, you might be a bit disappointed, simply because this is not a band, and album, that really indulges in the whole loud-soft dynamic all that often, not to say that it isn't used on here though, hear Edge of The Sky. Given all of that, I also feel that these guys have a much more, lets call it obvious, sense of melody in their songs, to where it's not masked with lot of layers of percussion and synthe, but embraces it more fully in guitar lines. I'll also be damned if people don't acknowledge a clearer sense of doom to these guys than most of their piers, I Will See You perfectly demonstrates the stuff you'd be likely to hear from Tony Iommi or something from Candlemass.
In all honesty, I find that this band is a lot more interesting and, I hate to use it in this case but, accessible than some of their counterparts. The melodies are a lot more solemn and, excuse the pun, mournful, making use of plenty of different sounds. I also find that the use of what could be called, usual post-metal sounds are made to sound a lot more dynamic and unique on here, Volition, by not having simply the soft part and then the loud part followed by a soft part again, there are more subtle changes and mixing of sounds. I'm a big fan of how the guitars sound on this record, when they're distorted, they're nice and fuzzy without being overdriven as well as not dominating the mix, the cleans, comparatively, are a bit on the average side, but are by no means bad sounding. I don't know if this is really a plus, but I found that as the album progressed, songs got, not only better, but also much more catchy and memorable, as the likes of Killing Fields and My Return contain some of the best riffs on the album.
Though this album didn't exactly sound like what I guess I thought it would have in my head, this certainly did not let me down in any respects. This is a great album and a definite highlight in a year full of great doom metal albums. Definitely check this album out if you're into doom, sludge, post-metal, ect., you'll enjoy this for sure.
Overall Score: 9
Highlights: Asylum, I Will See You, My Return
Posted by maskofgojira at 11:46 AM