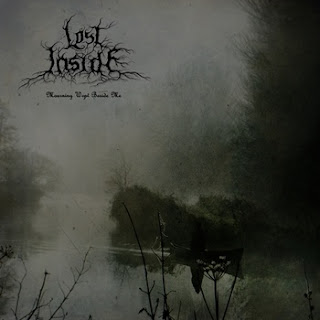 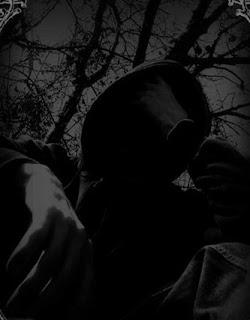 Last year's Means to An End record was one of the best depressive albums to come from last year, not to mention it was a debut. That record got me interested in the other projects of the duo that created it, and through instrumentalist Kold, I found Lost Inside. Apparently, this project also released their debut full-length album last year as well, though I never heard it, so here's me checking them out now.
Now, immediately after you begin this album, you can tell these guys want to distance themselves from the depressive tag that has fitted them so well on previous releases. On here, a five track affair, the duo seem to be embracing elements of more ambient black metal and at times blackgaze into their sound. In my opinion, the inclusion of new sounds not only improves the instrumental side, but the vocals are given a bit more room to really include some more rhythmic patterns instead of just wailing into the abyss. The vocals also sound better, with the exception of opener Bewildered, having a bit more of a raspy quality to them instead of the usual hoarse wining that's usually found in projects of this nature.
I really have to give it to Kold for his songwriting abilities, he far surpasses almost every other depressive/suicidal project out there in terms of his melodies, structures, and atmospheres. Instead of just repeating one phrase for an entire track, you'll find some variation into cleaner sections, more melodic guitar lines, and creative ambiances, something that almost every project I've listened to in the last few years hasn't had. The use of guitar harmonies in Feed On Tears and the great post-rock vibe on Four Walls and A Restless Shadow show that, if nothing else, these guys are at least willing to push their walls out a little bit. Now, I'll definitely say that bands that are more simplistic and repetitive do have the edge in terms of creating hypnotizing music, but in the end I feel like what's on here is a lot more well written, memorable, and unique than nine out of ten depressive projects/bands out there right now.
Like Means to An End last year, this is one of the best albums to come from this scene this year. I'm hopeful that more people look into this duo's work because this album is a great leap forward for them. Depressive fans and bands, take notice to how these two do it.
Overall Score: 8.5
Highlights: A Ghost Among People, Feed On Tears
Posted by maskofgojira at 10:46 AM