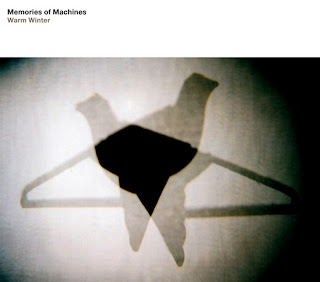 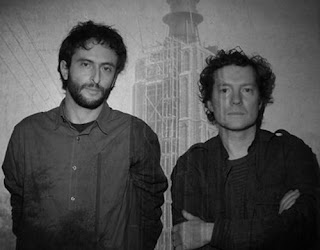 Oh Steven Wilson, why must you taunt me with your presence on records. When I first found out about this new project, which is actually the collaboration started by Giancarlo Erra and Tim Bowness, I had read that Steven Wilson had collaborated on it, which I think I blew a bit out of proportions. I am indeed a fan of the bands of the main members, but I guess I just expected something different.
Depending on what your expectations are for this project, you could either be really rewarded or really disappointed by what is actually on here. Despite having some lofty names on here, Steven Wilson, Robert Fripp, Colin Edwin, and Jim Matheos to name a few, but I wouldn't say that any of them particularly stand out on here. Sure, you can hear small traces of influences where you could say, "Oh, that kind of sounds like Porcupine Tree, that is a little bit like OSI, that's a little bit like Fripp/Eno," but none of them particularly stand out over another. One could disagree that that's a good thing, but I think it's important for an artist to really put a stamp on their work, even if it's only a guest spot, but that's just me.
This is, at it's core, an art pop record, pure and simple. The songs are pretty straightforward, a lot of varied instrumentation, and a much more ambient sound than most art pop acts today. Filled with acoustic guitars, violins, spacey guitar solos, and lush atmospheres, Something In Our Lives, this definitely has that dream pop sound at least influencing it. I have to say that while none of this album carries with it the same music traits, some moments on here just sound like Devin Townsend's solo material. Songs like the title-track, Warm Winter, or Lost and Found In The Digital World sound like they could have been on Devin's more atmospheric and mellow material. It's actually a very beautiful record with plenty of different sounds, despite being very mellow and somber.
This is a pretty decent record, some songs are better than others, but there aren't any bad tracks. Some very nice, almost soothing at times, melodies and sounds throughout that is just great to chill out to. Definitely check this out if you're into more atmospheric and experimental pop music for sure.
Overall Score: 7.5
Highlights: Beautiful Songs You Should Know, Change Me Once Again, Schoolyard Ghosts
Posted by maskofgojira at 7:39 AM