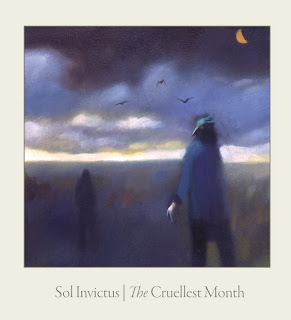 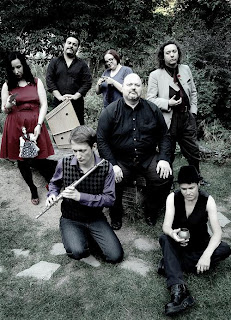 Along with the likes of Death In June and Current 93, Sol Invictus are probably one of the most well known groups in the whole neofolk movement. In my mind, this project of Tony Wakeford is also one of the most consistent acts in the genre. In the recent decade or so, newer bands who are actually really invigorating and exciting have been popping up, but very few manage to capture my heart in the same way that this group has.
Neofolk is really a genre that I've enjoyed for some time, yet never really gotten too heavily involved in until the last few years or so. My first experience was probably through Agalloch, and finding their split with Nest, further nurturing my affinity for the style. It wasn't long after that that I found bands like Sol Invictus and Death In June, and that's when I started to really get into the genre. Throughout their career, Sol Invictus has always nurtured that traditional folk sound while mixing in some other elements along the way in various albums. Personally, this album really brings a little bit of each of their albums to the table.
In the past, the band has experimented with the use of drone/doom elements, a little bit of industrial, and even classical music, along with various forms of instrumentation, but all of them really appear to come out on here. The likes of To Kill All Kings and Something's Coming retain that heavy distortion in the background while the likes of Toys and Edward are much more playful and more traditional to a folk sound. Like some of their other material, the sounds on here are almost playful and childlike in nature, with some very memorable melodies being used throughout. Personally, I love the sound of a flute, and the way it's performed on here just made me swoon. I wouldn't say the band have done anything any different with the lyrics on here, being just as grim as ever.
Despite all of this, this is not all that original a disc, for the band, really not going outside of their boarders too much and not really giving me as memorable songs, but that's just me. I still liked this album quite a bit, just not as much as some of their past work. Definitely check this band out if you're into any sort of folk music, if you haven't already that is.
Overall Score: 7.5
Highlights: To Kill All Kings, The Bad Luck Bird, Stella Maris
Posted by maskofgojira at 9:35 AM