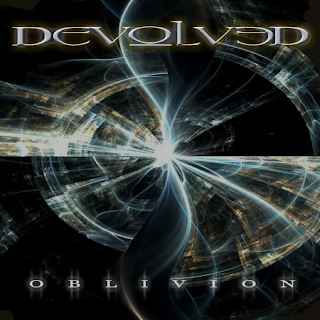 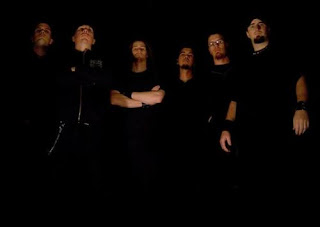 Devolved are a unique case for me, I like them, I really do, but for some reason there's just been something preventing me from saying I'm a fan of the band. Both of their full-lengths prior to this one have most definitely been well written, recorded, and performed, but there was just this sort of wall between me and them. I'm still not quite sure what that's from but I'm hopeful that maybe this new record will provide me with something I can really get into.
In a similar way to what I found In-Quest were doing last year, fusing Meshuggah-esque riffing and grooves with a more death metal core, or to an extent even Decapitated most recent output, is what ended up coming out from this disc. Honestly, I can't say that I've listened to the band's older material in a while, but this is most certainly less rooted in the death metal of their previous works; but it also appears to have a lot more melody in here as well. The use of clean vocals in a few of these tracks really kind of caught me off guard, but then again one could see this band maybe including more of that djent sound into this album, so clean vocals wouldn't seem as odd if they're coming from that place. In terms of how they sound, I think that the band do a good job at making the clean vocals fit with the more djenty sound of this album, whether it's through effects and harmonies, a track like Wretched Eyes of God definitely showcases pretty much every vocal style you'll find on here, the best of them anyway.
Probably the thing I can't get past on this record, which actually isn't the problem I've had with their older work, is that a lot of these tracks wound up sounding too much a like each other. There's very little difference in dynamics and riffing styles, not patterns, but styles, and so a lot of this just sort of blurs together. I'm not gonna say that the whole album is just one long track, cause there are certainly stand outs on here, but several of these tracks are just faceless amongst each other, like Into Fire and Awakening. I would have liked to have seen some more diverse sounds used on here, or at least a break from time to time, because this album sometimes felt a little tiring, to me at least.
Nothing absolutely mind melting or groundbreaking about this, but it's alright. This didn't wind up doing for me what I kind of hoped it would, but there are some great songs on here. Definitely check this out if you're into djenty, groove metal, tech metal, technical death metal, etc.
Overall Score: 6
Highlights: World In Denial, Transcendance, Divinity
Posted by maskofgojira at 10:03 AM