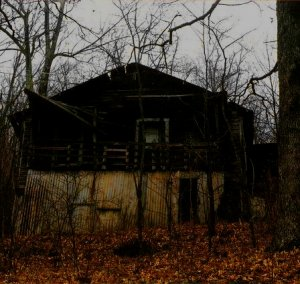 Despite releasing something like eight records, there is still relatively little information about Pormos Hetoimos. I've seen this album on quite a few blogs and the cover stood out as being a bit more grimy and dark than some other sludge albums this year. I have not listened to any of the band's previous output simply to keep this as a very direct sort of review.
The brief description of the concept of this album, linking in with their last one, 2010's "Agatha," was really exciting and cool sounding. Concept albums are, however, dangerous undertakings, for any band or artist, due to the fact that writing music that lives up to the hefty weight of a given concept often doesn't happen. I find that a lot of, story-based, concepts don't work out and end up tripping over themselves a lot of the time, with the music becoming too out of sync with the lyrics or the other way around. Now, I'll just get my biggest complaint with this record out of the way before moving further and describing the sound, the vocals are not all that great on here. I like how sparsely they are used, but the tone of them just doesn't fit the music for me, the low-growl/talking thing just seemed totally out of place for me.
On here, the music is varied enough to really live up to the concept, moments of crushing doom, more post-metal atmospheric sections, experimental percussion, and more melodic parts, each track has enough variation within their ten-plus minute lengths to justify them. However, I feel like there are times on here where, actually, songs could have been a little bit longer, dragged some ideas out a little longer to really hammer a point in. The use of more ambient passages in Lucidity or the more ballad-esque take on post-metal on Obscurity all point to a band that is comfortable with writing music to explain a concept, and not to fit a concept. Even at it's most simplistic, Reunion, which is more of a traditional death/doom sort of song, the band find ways of meeting it with some nice acoustic moments. You'd imagine there to be moments of inconsistency within the album amongst all the diversity, but in terms of instrumentation, I thought that the only real flaw was that some of the guitar tones were a little muddy, but otherwise there isn't a real lack of consistency.
This is a pretty decent release, it's not great, but it's far better than I expected it to be. There's a lot of variety in here that I think more bands should really try experimenting with, and it makes the record much more enjoyable. Definitely look into this album if you're into experimental doom metal.
Overall Score: 8
Highlights: Artifact, Liberator
Posted by maskofgojira at 11:57 AM