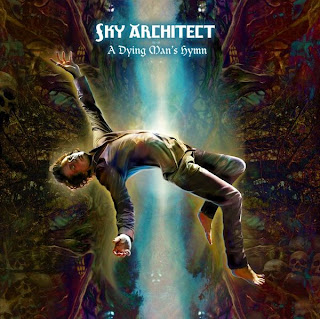 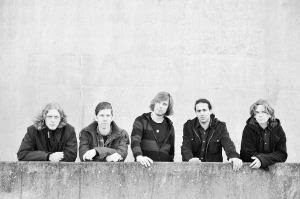 In terms of prog-rock bands, Sky Architect is still quite a young band. Having started in 2006, they released their debut, "Excavations of The Mind" last year and here is their follow-up. Though I never listened to the debut, I was aware of it and have become interested in looking more into it around the same time I got this new disc.
I wouldn't recommend this band to anyone that isn't into the more indulgent side of progressive music, because this band certainly makes use of lengthy tracks. Recalling influences from the likes of Yes and King Crimson to bands like Opeth and Dream Theater, these guys have lengthy track and make every second count. I feel like despite influences like this, this record is by no means a guitar heavy one, if anything focusing more on keyboards. This isn't to say that the guitars are way out of the mix or have no presence in the music, because they are certainly quite a big part of the band's sound, hear a track like Melody of The Air: Explicatio, with numerous guitar solos, but in terms of actual songwriting, they are certainly not as big a part of the sound as the keys are, at least that's how I interpreted it. I say this because I feel like, while the guitars are certainly important, and they do play a lead role, without the keyboards supporting the sound in the background, this just wouldn't have that same sort of 70's quality to it. In terms of vocals, there's really nothing all that great about them, when they're used they don't really bring forth any real catchy melodies, so I guess I kind of disregarded them, as I felt this band did a much better job at going down the instrumental route.
Honestly, despite being a big fan of progressive music, especially from the 60s and 70s, I didn't really find this record all that interesting. Sure, these guys are undoubtedly talented and great players, but these songs just didn't do anything for me, they felt so vanilla to me, not to say there weren't a decent amount of cool parts. Sure, there are plenty of different styles present, from regular prog-rock to elements of funk, fusion, and maybe even classic rock, but to me it didn't do anything for me at all. Being adventurous without any real sense of distinguishable qualities just makes it so frustrating to me, because these guys obviously are ambitious and want to go into new places, musically, but it's all been done before by so many other bands, who have also done this sort of prog-rock better. So of the melodies on here sound too forced and out of place, the ending of Hitodama's Return is just so out of place to me.
I'm sure a lot of people are going to disagree with my disapproval of this album, but it just didn't do anything for me. Like I said, this just sounded like another prog-rock band to me, not really anything distinguishable about it, on this album anyway. I think people that are into modern prog-rock should still check this band out, maybe you'll get something out of it that I couldn't.
Overall Score: 5.5
Highlights: Woodcutters Vile, The Breach, A Dying Man's Hymn
Posted by maskofgojira at 9:28 AM