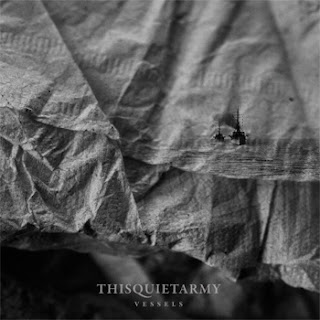 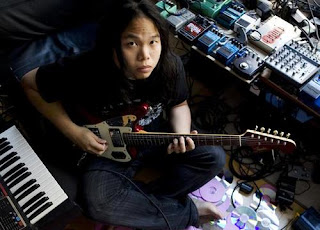 Finally, a post-rock album that I've been looking forward to, besides Mogwai earlier this year, thank goodness. Thisquietarmy has been one of my favorite post-rock projects and was probably one of the first I ever found. As of yet, the project has not released an album I've been disappointed with, let's hope that streak continues on here.
Though originally starting off as a post-rock oriented project, with early albums and EPs, with 2010's "Aftermath," we saw Eric Quach, the main brain and sole member of this project, move into a much more ambient realm. From little descriptions I've read about this album, I kind of had the impression going in that this would follow that sound more closely than returning to the more post-rock sounds of his earlier material, but this really does have a much different tone to it than any of his other material. This is a much darker and industrial-tinged sounding record than any other record Quach has released with this project so far, not including the collaborations with Aidan Baker. Much like his work with the aforementioned man, this album also finds comfort in the realms of drone music, with lengthier pieces that make use of much sparser arrangements and minimal keyboard sequences. If you were a fan of Quach's earlier material, "Echotone" or "Unconquered," this will most likely turn you off.
This is easily one of, if not the, most minimal sounding record within the Thisquietarmy catalog yet, the compositions are based more on longer drones than any sort of melody. I don't want to give the impression that this is solely a drone album though, because having said all the above, there are certainly still sounds that you can find and associate with earlier material from this project. Sounds that are more reminiscent of shoegaze and ambient music are all over this record and are actually quite hard to miss. The Black Sea also brings a bit of the post-rock side of things back into the fold, though I wouldn't say that it really makes up any bulk of that track, granted, that track is still one of the most melodic on this album. I think that the second half of this album is a lot more graspable than the first half, if only because melodic parts are far more defined and less abstract and drawn out, hear A Spanish Galleon for example compared to The Pacific Theater.
Even though this was by far Quach's most minimal and droning release yet, I actually still enjoyed it, more than I thought I would actually. This is surprisingly solid and very enjoyable, both as foreground and background music. Definitely check this out if you're into drone, post-rock, ambient, industrial, or even symphonic music, chances are you might dig this.
Overall Score: 8
Highlights: Lost Crusades, A Spanish Galleon
Posted by maskofgojira at 9:04 AM