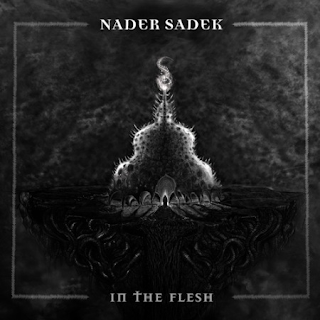 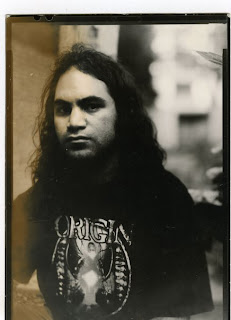 It's weird that in this day and age a death metal album can be "made" by a person who doesn't even play a single note on a record. The conceptual vision of a one Nader Sadek, a visual artist, actually wound up making a record with some of the best players in the genre. I've found it a bit odd that some people have made the comment that this is the album Morbid Angel should have made, so that certainly caught my attention.
When you recruit the likes of Flo Mounier, Steve Tucker, and Blasphemer to pretty much write a record based on your vision, you've got to have some pretty serious conceptual ideas. This is an album of blistering old-school death and black metal that just bulldozes through the competition. This one album covers more ground, done well mind you, than most bands cover in an entire career, surprisingly. There's some technical riffing, along with the obvious black metal integration, intense drumming, and Tucker's great growls.
So exactly what is it about this record that makes it so above-average and classic, as some have said about it? Well, this has not only a great line-up, but the songwriting is well above that of even some of the recent releases from any of the musicians actually playing on here. Tracks like Of This Flesh or Suffer are undoubtedly catchy and memorable, but also have that down-right pissed off disposition to them, something that I personally love in any sort of music. Death metal is meant to be just as catchy as it is brutal and aggressive, even it's originators knew that fact, and in an age where it seems like every band/project's only goal is to be more br00tal than it's influences, this album makes songwriting the priority, if only second to the concept.This is also surprisingly short, not even crossing the thirty minute mark, but is still freaking awesome.
There really hasn't been a whole lot of new death metal that's wowed me in recent years, some record here and there, but even those fade on me over time. This is an album that has only gotten better with each time I return to it. To return to that statement about this being the album Morbid Angel should have made, I can say with certainty that I agree with that statement whole hearted, as I'm sure a lot of other will as well.
Overall Score: 8
Highlights: Of This Flesh, Soulless, Suffer
Posted by maskofgojira at 11:07 AM