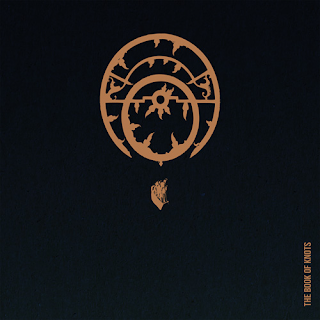 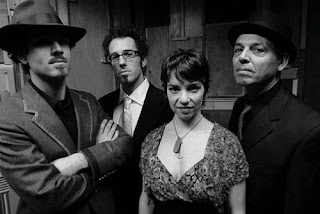 I can't believe it's been close to four years since "Traineater" was first released, it certainly doesn't feel that long. Granted, it's not like I've spent each day since it's release worshiping the album, but time has just flown by, in fact it was really only a decent record in my opinion. But I've always liked to listen to things that are a little weird and this quartet certainly do that.
I'll mention that this is not really rock or metal music in the traditional sense, you won't find big riffs or choruses that'll catch your attention, this is much more abstract than that. This makes use of a lot of weird arrangements and electronics that can be more disorienting than harmonious at times, though that's only one part of their sound. There's also a lot of sparse orchestrations and robotic percussion, it's pretty avant-garde to be quite frank with you. There are moments on here that do get a little cartoony, if you catch my drift, Moondust Must.
Every track on here is a completely different experience, and it can get pretty interesting at times. From the glitchy electronics of opener Microgravity to the warped piano ballad of Lissajous Orbit and then the dark ambient-meets-noise rock piece Nebula Rasa, each and every track is an experience into itself. Maybe it's just because I'm a Mr. Bungle fan that I enjoy the track with Mike Patton, the industrial ballad Planemo, and Trey Spruance, the industrial metal-esque Obituary For The Future, on them best. They don't really bring back any of the magic that that band capture, but just knowing that they're on the same record again gives me comfort in some way.
I feel similarly about this record as I did about the last one, it's good, not great. I can't see myself listening to this album all that often, but maybe once in a while, there are some cool songs on here. Check it out if you're into more experimental and avant-garde music.
Overall Score: 7
Highlights: Drosophila Melanogaster, Planemo, Obituary For The Future
Posted by maskofgojira at 11:10 AM