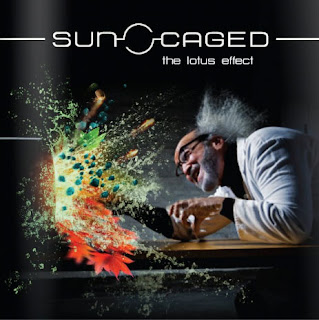 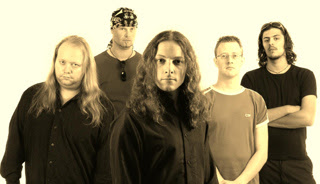 When I was first getting into the whole prog-metal scene a few years back, for some reason Sun Caged was one of the first bands that I got into. I remember first hearing about them through Ayreon and really enjoyed the keyboard playing. It's been four years since their last album and I'm hopeful that this manages to top it, because "Artemisia" was a really good prog-metal album.
Despite being one of the earliest prog-metal groups I enjoyed, listening to each album the band has released can be a different experience as every album, including this one, features a new vocalist, among other members. I really have to comment on it first, new vocalist Paul Adrian Villarreal has a style that is, personally, a bit too clean for me. While by no means a bad vocalist in any regard, I find that I enjoyed moments where he would be more aggressive in his approach, as to when he's trying to be more melodic. Instrumentally, the band haven't really changed their approach all that much, combining traditional prog-metal, ala Dream Theater, with more groovy riffs, think Meshuggah, sort of.
I'm not sure if people really get this band, because some tracks Shades of Hades, which actually sounds like something off of Dream Theater's "Train of Thought" album, like feature more of a groove style of riffing, not really prog-metal in the traditional sense, but on the other side, you have tracks like Ashes to Ear or Pareidolized (The Ocean In The Shell) which sound much more regular to the style. It's always been an interesting dynamic, and I have to point out that these guys were doing this thing before the surge of tech metal/djent bands were. In terms of songwriting, I feel like in terms of instrumentation, this is top-notch, as is most prog in general, but I honestly feel like there's a lack of memorable vocal hooks. It's actually a bit of a shame because I feel like this has been something that got better in the middle of the album, but is bookended by some rather forgettable pieces. The last handful of tracks also feel too disjointed, as if they were supposed to be a single piece, Parasol through Let It Wash Away (The Lotus Effect), which only served to annoy me.
I think this is a decent record, but unfortunately, I just didn't think this record tops their previous two. While still a great prog-metal outfit, this is just nowhere near as memorable as their past material. I still suggest you check them out if you're looking for a cool underground prog-metal group though.
Overall Score: 6
Highlights: Shades of Hades, Lotus, Pareidolized (The Ocean In The Shell)
Posted by maskofgojira at 11:32 AM