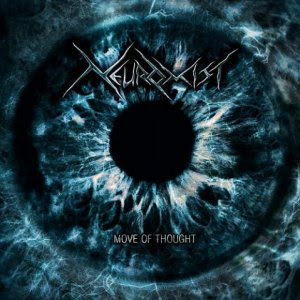 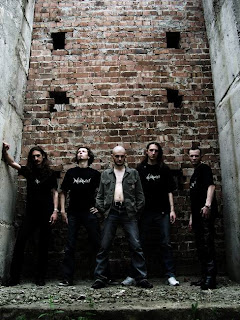 Turn Up The Bass!

Neuromist is a technical death metal band from Moldova. Taking cues from modern technical metal as well as melodic metal have created a fairly unique sounding record. From a band that has only just released it's debut record, this album, they are on their way to being another well recognized group.
On here you will find technical death metal, in the vein of Meshuggah, real surprising right, but done a little differently. Yes, on this album you will find tempo shifts, and heavy grooves, but along with those, that's really all you can establish they got from that one band. Other groups that you could draw comparisons to are Spiral Architect, early Extol, and even a bit of Opeth's lead work. There is also a little Cynic reference throughout Reason Crusade.
The guitars on this album are played well enough to take notice of, not exceptional, but enough to make a listener turn and look, or listen in this case. While most of the playing on here is very groove based, it still has that death metal feel more than newer bands playing tech metal. The grooves are played with a bit more of a progressive leaning to them. These guys also have a better grasp of soloing than newer bands do as well. The solos on here have a lot of melody to them; and at times go into a blues-esque jazz feeling vibe.
One thing even the casual listener will notice about this album, or this band, is that the bass is mixed extremely high on this album. Hence the Spiral Architect reference, but the bass is put side by side, if not just above the guitars in the mix. The bass is extremely jazzy sounding and is used more to accompany the guitar a lot more than just going off on tangents, as one might expect from a high bass mix. The bass also has frequent solo parts, not in a guitar solo manner, but more in sections where the music stops and the bass remains, check Bizarre.
The vocals on this album are hit and miss. On opening track The Sixth Dawn, he sounds pathetically weak, like he's trying to scream or shout and he just can't. But by the second track that entire vibe is gone, and is replaced by a rabid sounding grunt. His cleans also are a bit odd sounding, not bad, but off compared to his growl. If you can get past the opening track, you should be fine for the rest of the album.
The song-writing aspect of the band is spot on. The mix of progressive and groove make for a great sound, but the songs actually manage to be filled with interesting parts. The riffs are technical and the bass is jazzy, check the instrumental Cortex Tectonics for both, but the structures bring to mind the more technical prog found on Spiral Architect and Twisted Into Form's debut records. Within this album, very few parts repeat, if any at all, and due to the technicality of all the parts, it's difficult to tell if the repeating parts have actually already been played.
Overall this is a very good representation of how technical death metal should be played. Except for the exceptionally high bass mix, this album is genre defining. Fans of prog, tech death, tech metal, and all the above should consider checking this album out to hear it for themselves.
Overall Score: 9
Highlights: Reason Crusade, Inner Voids, Rebuilt Babylon
Posted by maskofgojira at 10:35 AM