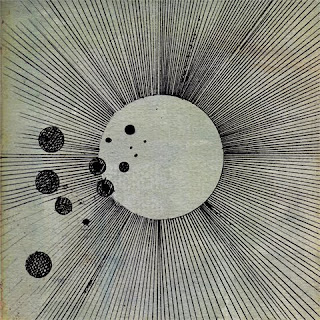 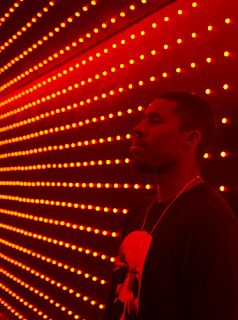 Where Hip-Hop Has Not Dared to Tread.

Flying Lotus is the pseudonym for California based beat-maker, Steven Ellison. This album is the follow-up to 2008's highly acclaimed album, "Los Angeles." This album takes experimental beats into realms that more mainstream hip-hop and beat-makers have not touched and embraced yet.
A large amount of jazz influence on this record is almost unique, in terms of the type of album it is. The samples used both take from and reference jazz and fusion throughout the album, so most in fact that it is almost a theme for the album. Prevalent showcases of this influence are demonstrated in the bass solo on Pickled!, the almost orchestral based MmmHmm, or the scat singing on Do The Astral Plane. Ellison's cousin, Ravi Coltrane, plays saxophone on a few tracks on this album as well, hear Arkestry.
Another thing that is used quite frequently on this album is the use of a harp. Tracks like Intro/A Cosmic Drama aren't dominated by the use of the instrument, but merely utilize it in a more abstract fashion. Creating melodies and almost atmosphere at the same time, depending on how it's used in the track, gives the tracks with the instrument in them a bit of a different color.
But for those that might think that this album has become a jazz remix type of record, do not fret, the trademark samples and beats are still present. More as a mixture of both the electronic and the jazz sides of his music showcased in one record is how one could see these tracks. The elements of hip-hop, electronic, and break-beat are all in full swing in tracks like Computer Face/Pure Being.
Guests vocals on this album are provided by Radiohead's Thom Yorke and Laura Darlington. Yorke provides vocals are the retro-video game sounding ...And The World Laughs With You, providing some subtle lines over the top of this short track. Darlington provides vocals for Table Tennis, giving the track a very soulful like vibe that the other tracks don't really seem to explore.
Overall, this is a fairly decent experimental electronic album with some cool exploitative tendencies. The influence of jazz really makes this album a lot more enjoyable sounding than it might have been without it, but that's really just an assumption at best. If you're into music that can be mainstream, but still capture the imagination, check this record out.
Overall Score: 7
Highlights: Zodiac Shit, MmmHmm, Recoiled, Dance of The Psudo Nymph
Posted by maskofgojira at 6:18 PM