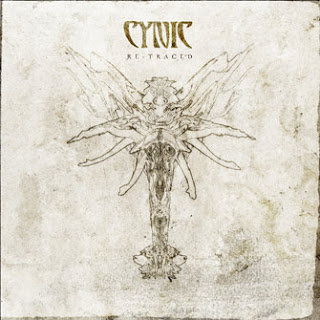 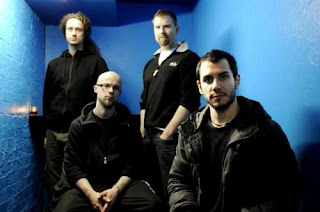 After the 15 year hiatus between 1995's "Focus" and 2008's "Traced In Air," Cynic have once again redefined their sound. This EP contains 4 redone tracks from "Traced In Air" and 1 new track. While not completely abandoning their own sound, this EP explores more influences that the band has wanted to within their music.
Just to make clear for those unaware of what this EP is, these are not remixed or reproduced versions of songs, these are more re-interpretations of these songs. The band has stated that they wanted to explore their influences of more electronic, jazz, and shoegaze while keeping these tracks within the Cynic style. Another thing that has to be made clear is that Paul's voice on this EP, except for the final track, is all acoustically performed, or to put it simply, he is not using a vocoder.
The first track is titled Space. Unlike it's original version, this version focuses more on electronic beats and subtle guitars underneath Paul's voice. While this was one of the heavier tracks on the album, this version remains very mellow and contained, while Paul's voice is very clear and precise sounding.
The second track is Evolutionary. This track is much more subtle than the previous one was, remaining very quiet under Paul's singing. This track is very much exploring the band's love for minimalistic jazz music, but influences of ambient textures manage to sneak their way into the song as well. One could also view this track as having an influence of post-rock due to the way the track builds and crescendos throughout it's course.
The third track is King. This track is very much in the vein of ambient music and is possibly the most quiet and "wide" sounding track on here. Most of this track remains kept jazzy and very atmospheric sounding while Paul's voice plays the lead role. The music really manages to come out when Paul is not singing, and this is where this track really shines.
The final re-interpretation is titled Integral. This track is probably the one that has been shifted the most from it's original version, being mainly a classical guitar and vocals. There are subtle textures and atmospheres throughout the track as well, but this track really shines as being the different one on this EP.
The final track on this release is most likely the one people have looked most forward to hearing, Wheels Within Wheels. This track is the only new track on here and it kind of continues on the path taken on "Traced In Air," but is perhaps a bit more in the vein of a prog-metal than even that album. This track features an extremely catchy chorus and main riff, while drummer Sean Reinert is really going crazy during some parts.
Overall, this is a good EP with a good idea that more bands should consider doing. While fans of the heavier aspect of the band probably won't find the first 4 tracks entertaining, those who are willing to hear the more progressive and experimental side will find this to be a real treat. Whether you are into prog-metal or jazz or experimental, etc. this is a release you should really consider hearing.
Overall Score: 8
Highlights: King, Wheels Within Wheels
Posted by maskofgojira at 8:50 PM