Pain of Salvation - Road Salt One 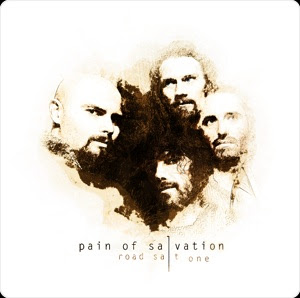 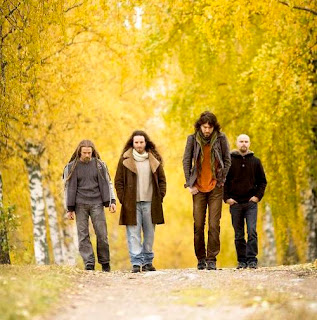 Pain of Salvation is a progressive metal band from Sweden. As with every previous PoS release, this album once again explores new ground that push the boundaries of progressive music. This album is no different, both from the musical direction and the conceptual aspects.
This, as one might assume, is the first part of a series of album, a double album anyway. The musical side of both of these albums explore a sound that PoS has always flirted with in the past but finally embraces fully. This sound can be found in psychedelic and early prog rock from the late 60s and early 70s.
This overflow of more "classic rock" influence could throw some for a loop, as much of the actual heaviness that was present on albums like "Remedy Lane" or "Scarsick" is now gone. In it's place are more experimental and progressive tracks that each have their own sound. Don't think that this record is PoS's version of King Crimson or Pink Floyd, it's not so "mainstream" prog-rock. What you'll find on here is a diverse offering that seems to mix classic rock, prog rock, a bit of pop, and some late 60's fusion.
While tracks like No Way or Curiosity demonstrate the band's take on classic "Houses of The Holy"-era Led Zeppelin, you also have the ballads that your more obscure artists have. Sisters is your classic, essential piano dominated with a marching pattern beat underneath it, while Of Dust is more of a hymnal type of track that brings to mind Peter Gabriel-era Genesis. This type of diversity is almost too much, even for PoS's standards.
A lot of this record also realise upon the use of more blues oriented songs and riffs, Tell Me You Don't Know. These tracks aren't that long in comparison to even the other tracks and while shorter still have a great hook in them. These tracks are also some of the ones that are dominated by the guitars and vocals more so than the piano and organs.
Band leader, vocalist/guitarist, Daniel Gildenlöw dominates much more of this record than previous ones did, but that's not a bad thing by any means. This man's voice is so evocative and emotional, to the point where a whole song simply rests upon his singing. The singing on this album is diverse enough to where no song sounds the same, from the odd harmonies on Sleeping Under The Stars to his sole voice on the title-track, Road Salt.
Just to make a quick mention of what many might find instantly as a turn-off to this record is the short song lengths. Even when comparing these tracks to the "*BE*" album, these songs are short, with only one track going over 7 minutes, Innocence. A good half of the album are tracks that are under 4 minutes, with the other half being those that are around 4 to 5 minutes long.
Overall, this is a great record, if not a very odd one that has some great hooks. Gildenlöw's vocals have never sounded so good and emotive, while the music underneath him is no less as great. While this will probably disappoint fans who love the heaviness, those who love a great hook or weird songs will find this album a welcome addition to their collection. Check this out.
Overall Score: 9.5
Highlights: Every Song Is A Highlight
Posted by maskofgojira at 6:42 PM