God Is An Astronaut - Age of The Fifth Sun 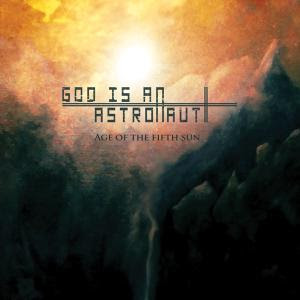 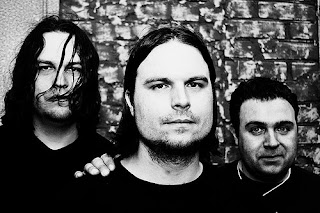 God Is An Astronaut is a post-rock group from Ireland. This is the group's fifth release and picks up from where their last, self-titled release left off. Taking a bit more of a rock sound into their music and mixing it with the more melancholic vibe of the old.
Tracks on this record have quite a diverse amount of soundscapes and atmospheres. Everything from ambient to more symphonic traces can be found in these songs, with the occasional trip into psychedelia. A lot of the moments on this album are more rock-ish than the band's first few albums led one to believe, and the band, while keeping these textures, give the songs a much more head-bobbing groove to them.
Guitars, as one might expect, are used mainly within a clean, acoustic, or little amounts of distortion. Guitars do provide a good amount of texture to the atmospheres that circle around these songs dancing around in between the keys and the drums. Reading this without previously hearing any of the band's music may sound confusing, but makes perfect sense in the context of how they perform and arrange these songs.
The drums are really the instrument that keeps things moving. Songs like Worlds In Collision or Parallel Highway have a very danceable beat and groove to them but keep the song moving. The drums also serve as the thing that keeps these songs from turning into complete ambient wanderings.
Besides the drums, the keys have the most important part of sound. Layers of keys are placed on top of each other to create these open atmospheric soundscapes while the bass and drums keep things grounded. The keys also do a fair bit at exploring from just synthe and ambiance to piano, which they've used on all their other albums, but is worth mentioning to someone new to the band, and droning symphonic arrangements, but not real symphonies. While most tracks have the rock feel to them, Dark Rift explores pure atmosphere and ambient textures.
The title-track, Age of The Fifth Sun, is a track that separates itself from the rest of the album in a very different way. While the rest of the album, even during it's more rock moments was still very much keyboard dominated, this track features more guitar work. This track really breaks up some of the slowness of the last couple of tracks and moves the track into that psychedelic realm mentioned earlier.
Overall, this is a record that takes a bit more time to fully get into and appreciate. Rich layers really make it worth listening to over and over and continually catch something new inside. Even if you're not the typical post-rock fan, it's worth hearing at least once, check it out.
Overall Score: 7.5
Highlights: Lost Kingdom, Golden Sky, Shining Through, Age of The Fifth Sun
Posted by maskofgojira at 12:27 PM