The Order of Apollyon - The Flesh 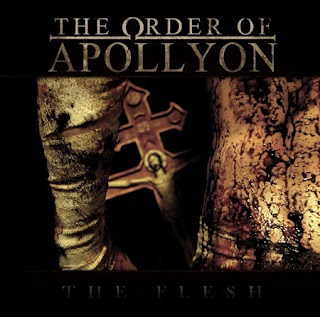 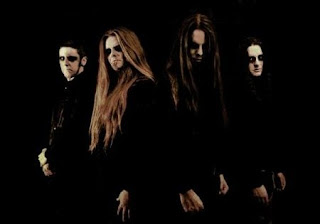 Maybe Not Antichrist Worthy, But These Guys Can Sure Play.

Order of Apollyon is a blackened death metal band from the UK. Brought together for a love of extreme, but textured music, that was the goal for this debut album. One could call this a super-group because of the bands that the members came from, but that's all subjective.
Members of this band include B.S.T. (vocals, guitar) and Daniel Wilding (drums) from Aborted, James Mccllory (bass) from Cradle of Filth, and Pater Benjamin (guitar) from Akercocke. Hence the super-group tag, the member create music that one might think from these guys getting together. These guys bring the intensity and the melody that all those bands have and seem to do a great job melding them together into their own sound.
The music on here is most certainly defined within the blackened death metal sound, but like mentioned before, it is more textured. While retaining the more technical black metal meets death metal riffs, the composition is very melodic and catchy. The melody really is much more than their other bands have, not as heavy as Cradle's but more than Akercocke or Aborted have used.
The guitars are the real highlight of the album. The riffs are fast and technical, but once again, melodic, hear Ich Bin Das Licht. They also use some cleaner tones to stop every song from being a blast fest, Never, and almost recall some of the melodic death elements found within old In Flames or At The Gates. The solos played on here are also very well executed and performed, a lot of melody and variety to them.
The drums are very well played on this album as well. A lot of double-bass work is used in these songs, but there is enough variety to show that he can do more than blast. His tempo shifts are smooth and performed without mistakes or trouble being heard.
The vocals are more death grunts and growls, with the occasional black metal rasp dominating a song. While the vocals rarely move to this, they occasionally move into a deathcore vibe, while the vocals are more layered on top of each other, but again, it rarely comes to this. Besides the main styles, a more brutal death metal gurgle is showed on Flesh of Yhvh, which was surprising.
Overall, this is a great album with a lot of catchy songs and great performances. Whether you like any of the member's other bands or not, this album has really managed to transcend what those bands are doing as of now. If you're a fan of brutal, but melodic death metal, this should be near the top of your list.
Overall Score: 8
Highlights: Never, Four Beasts, Flesh of Yhvh, L'orgueuil

Posted by maskofgojira at 12:23 PM