As I Lay Dying - The Powerless Rise 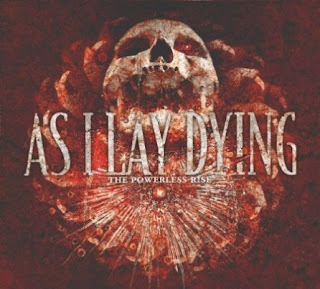 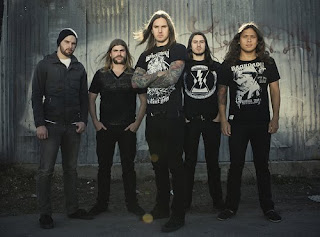 The Saviors of Metalcore Have Returned.

As I Lay Dying is a California based metalcore/melodic death metal band. This is their fifth full-length record and shows a massive step forward. Taking elements from their more metalcore based past, and mixing it with their more melodic death/thrash sound of their last record.
Right from the get-go, AILD make it known that this album is their most intense yet. Beyond Our Suffering is just short of 3 minutes and is a pretty standard thrash meets melo-death track with some of the most brutal vocals that Tim Lambesis has ever belted out. Within this short track, the course of this record is demonstrated, and any fan who came into this album expecting screamed verses and clean choruses, will be disappointed.
Guitarists Phil Sgrosso and Nick Hipa demonstrate thier most melodic, yet technical, playing yet. While tracks like Anodyne Sea demonstrate an In Flames meets Iron Maiden like harmonizing, Anger and Apathy displays a new found influence of progressive rock or post-rock within it's bridge section. But you still have those brutal death/thrash tracks like Condemned that are blazing from start to finish.
The breakdowns that the whole metalcore scene has become known for butchering, AILD are finally moving away from. While breakdowns are still present within a handful of tracks on this album, guitar solos have taken their place. A fine example is in Parallels, on an older AILD record, you would have found a breakdown after the second chorus, but instead you get another verse before dual solos.
As previously mentioned, screamer Tim Lambesis sounds much more brutal than on any other release. Not only do his growls go into death metal lows, he also makes use of his rather underused higher screams a lot more on this release. Lambesis also manages to carry a lot more of the vocal duty on this record, where he provides a good amount of screamed choruses that are just as catchy as the was sung.
Bassist/clean singer Josh Gilbert doesn't really bring a lot to the table here except for the cleans. His bass isn't overtly obvious within the sound, except for the occasional bass section, beginning of Upside Down Kingdom. But his cleans, while still retaining the more metalcore-ish sound, are a lot more varied than on other albums by AILD, as well as other newer bands in general.
Drummer, Jordan Mancino also shows that his performance has greatly improved as well. Constant double-bass work, with Decapitated like percision on tracks like The Plague and Beyond Our Suffering brings a heavier aspect to the overall songs. His playing is also more varied within a track like The Only Constant Is Change, where his playing isn't so much dominated by speed and brutality, but a more mid-paced groove.
This is a vast improvement for AILD. This record moves them into a more thrash/melodic death metal band status, as oppose to metalcore. The song-writing on this album is leagues ahead of what most metalcore bands are doing or have done in the past, except for the select few, with tracks showing more variation and technicality, while retaining the core melodic sense.
Overall, this is a very good album full of great songs. Fans of the more extreme side of AILD's past work, or the melodic guitar side will find a great meeting point on this album. This is surely the record that will break AILD of the metalcore tag, and move them into the straight metal crowd. Check this out.
Overall Score: 9
Highlights: Without Conclusion, Parallels, Vacancy, The Blinding of False Light
Posted by maskofgojira at 12:34 PM