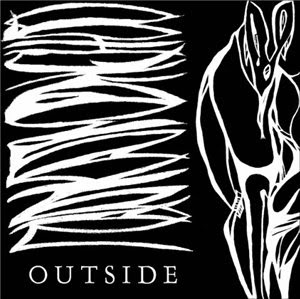 It's Getting A Little Bit Strange.
Палочкаотморожен(н)ого is a Russian jazz/grindcore band. This is their first "official" release, and is pretty hard to come across. Comparisons to avant-garde jazz enthusiast, John Zorn, are inevitable.
What you will find on this album is the definition of avant-garde music. Much like John Zorn's work within the jazz and hardcore realm in the days of Naked City, these guys too use that same sort of principle. Flourishes of extreme aggression mixed with subtle moments of jazz and odd melodies that range from jazz itself to rock and reggae.
The three members that comprise this group do an excellent job at providing a sound that really has no definite sound, a Zorn reference again. (A).Tom provides lyrics, vocals, noises, and piano, Phil plays the drums, and Danila also provides vocals and guitar. For only having three members, these guys provide quite a bit within each track. While grind tracks are standard for the style, the jazz parts, as previously mentioned, seem to use a lot of different styles in combination with the quieter moments, like in Сказал where a Mr. Bungle reference comes up in the track's melody.
Vocals on here seem to be as odd as the music itself. As the vocals usually tend to be done in one of two ways, the first way is used in the grind songs, where the vocals are kind of screeched or growled, bringing a bit of old Carcass to mind. The second vocal style is a bit grating on the nerves, and that is the spoken word; and it's not so much that the way they are said or the guy's voice that's annoying as much as how it's placed at seemingly random times within a song.
Along with almost random spoken word parts comes random things in general. Possibly, what could have been the highlight of the album, Лишь, which was more straightforward sounding and, relatively speaking, simple, they ruined by adding this water effect. What I mean by that is that they add the sound of running water over half the track, and that effect is actually on top of the music. Maybe it's just me, but things like that really test my nerves.
Compared to Zorn's work, in production value, this is much more raw and unpolished sounding. There are obviously mistakes in here, in what seems to be a live recording of these guys in the studio. Probably the first noticeable live recording probability comes in Нужно, where you actually hear the shift in Danila's guitar sound from a clean to a distorted tone. Several other instances of actually hearing a mistaken chord stuck are scattered throughout this record.
Overall, this is a record for people that want a lot of avant-garde in their music. While most songs are jazzy and/or grinding, there are only occasional ones that break that mold and become more straight sounding. So if you're looking for another band that should be on Zorn's label, but isn't, check this out. If you like music that isn't as "free-formed(?)," you better stay away from this.
Overall Score: 6
Highlights: Что, Композиции, Выход (на бис)
Posted by maskofgojira at 7:45 PM