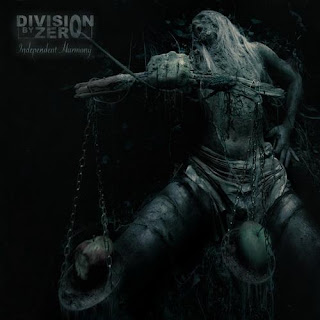 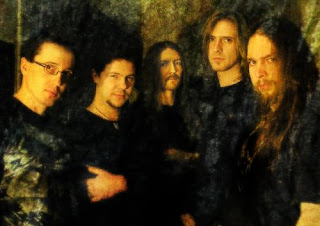 Division By Zero is a progressive metal band from Poland. This is their second release and takes more of a traditional progressive route instead of their older more death metal influenced work. Featuring a sound akin to that of Dream Theater's, but is not a rip-off sound, this album is sure to impress fans of with this newer input style.
One could easily describe the style on this album as simply as Dream Theater mixed with Riverside, with the occasional Opeth moment or two here and there. Once again, this is to put it simply, but there are plenty of moments where the band manage to go into an original part or just seem to sync together in a groove that makes them a bit more distinguishable from every other prog-metal band out there. Aside from this, the band doesn't really do anything that will make you sit up and notice something that you've never heard before.
The songs on this album aren't too terribly long either, the longest ones are just over 7 minutes. From someone that's into long instrumental passages with show-off solos and wank sessions, this is probably where you won't get into this; but the people that are into more song based prog, keep on listening. Within each of these tracks there is enough to keep your attention for the duration of the track, so you don't have to worry about your attention drifting off from long passages.
As one might expect, this album does have it's more ballades and sombre moments along with it's metal side. The center-piece for the album is a short ballad entitled Not For Play, sitting comfortably between two heavy tracks. While the rest of the album does contain slower and more mellow parts, it never goes full-on ballad like this track did though.
The vocals on this album, for a progressive vocalist, in a genre where a lot of singers sound similar, if not the same, this guy manages to prove himself. From his low death grunts within the title-track, Independent Harmony, to his melodic, hard rock-esque singing on Wake Me Up, he has enough to where you won't get sick of his vocals so easily. Comparisons are probably easy for someone that has listened to a lot of progressive metal to say this guy sounds like so and so, but he still carries his voice very well.
Overall, this record is a decent progressive record that fans of the genre will most likely find enjoyable at the very least. You won't have your mind blown by this album, but you'll have a decent collection of songs that will no doubt have you going back to them at least a few more times before you get bored of them. Not the prog record of the year, but decent enough to check out.
Overall Score: 7
Highlights: Wake Me Up, Don't Ask Me, Intruder
Posted by maskofgojira at 4:29 PM