Toro Y Moi - Causers of This 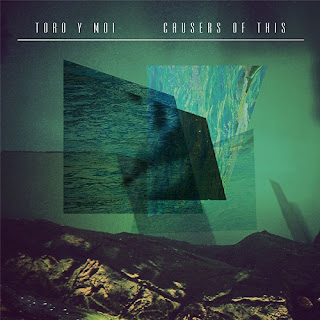 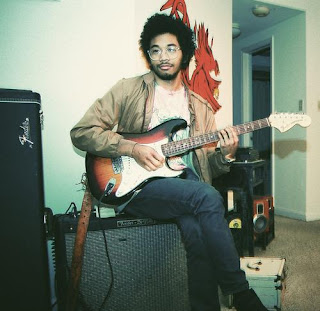 Pop, With A Different World View.

Toro Y Moi is a chillwave/synthpop artist from South Carolina. This is his debut full-length and it is most definitely not what a metal head would listen to at all. For anyone who doesn't want to listen to something a little bit different, stop reading this now.
For those unfamiliar with the chillwave genre of music, I'll do a brief explanation. Chillwave is basically a mix of shoegaze, ambient, electronic, and world music, at it's core anyway. It is also categorized by a heavy use of sampling.
But onto the music, this whole album feels pretty psychedelic. While musically, this is, at it's core, synthpop, it has way too much depth to be considered just another synthpop record. The influence and use of texture and layering through ambient music on here just makes some of these tracks very open and wide sounding, hear You Hid.
Still, this is a pop record, so a lot of tracks are very straightforward in nature and very formatted. You won't find a lot of detouring from a very carved in stone path on here, mostly verse-chorus-verse style. This does cause a bit of a problem for those who are looking for something a bit different or more "progressive" in nature. All of these tracks are under 4 minutes, so just to reiterate the comment above again, this is most definitely not a "progressive" album at all.
But within here, besides the whole psychedelic idea floating around in the production, you have a very 80's-esque disco vibe as well. Most tracks recall a very prominent Talking Heads influence, but two of the most obvious of those in this department would have to be Thanks Love and the title-track, Causers of This. I wouldn't say it's the most prominent influence on here, but most certainly one of the most audible.
The vocals on here are definitely not the strong point on here at all. The vocals are tolerable at best when they are very monotone kind of sung, but are horrendous when they go falsetto. Tracks like Imprint After is almost unlistenable due to how the vocals sound on it. There are also some weird vocal effects on Fax Shadow where the vocals seem to move in and out, moving with the music mind you, of the each other.
Saying that, this record is not completely terrible. A handful of tracks manage to stand above the rest, Low Shoulder features a very catchy and danceable 80s synthe melody with some decent vocals over it. Opener Blessa is most definitely one of the best songs on here, it's short and concise, but features a decent chorus and beat.
Overall, this record isn't really all that great. It has it's moments, but for the most part it remains fairly boring and almost yawn worthy at times. Save yourself the displeasure of this album and, unless you're trying to catch some z's, don't waste half an hour on this.
Overall Score: 4
Highlights: Blessa, Minors, Fax Shadow, Low Shoulder
Posted by maskofgojira at 10:15 PM