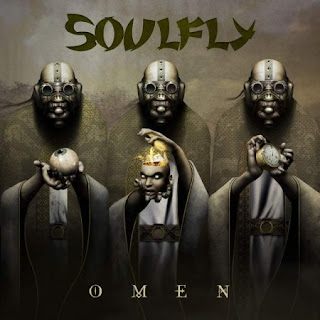 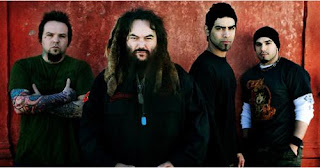 Soulfly is a Brazilian/California based groove/thrash metal band featuring metal legend Max Cavalera. This is their seventh full-length record and carries on where the last few have been, style wise. This is a record full of the groovy riffs and experimental tendencies.
As was mentioned above, this record kind of picks up where the last record left off. In this album you'll find both of the sides of Soulfly and Max's past sound, thrash and groove. While still carrying those roots, this album actually seems to move into an almost melodic death metal sound at times.
As stated above as well, this record approaches melodic death metal in terms of style. Guitar harmonies similar to that of bands like In Flames and Amon Amarth seem to be prominent throughout the album, hear Bloodbath & Beyond and Kingdom. Leads on this album also reflect that sentiment, using an almost Iron Maiden-esque approach to them.
On this album, you'll really get two types of songs, the short melodic trash ones or the longer and more melodic death metal songs. The first one, the short tracks like Jeffrey Dahmer are fast and get you moving, but also contain good solos that are also faster. The longer tracks are really just more drawn out versions of the shorter tracks, but those are probably the ones that have catchier parts, see Off With Their Heads and Vulture Culture. These two types of songs aren't that different from each other, but they differ enough for you to notice.
Like every other Soulfly record, this album features guest vocalists. On Rise of The Fallen, Dillinger Escape Plan vocalist Greg Puciato performs and on Lethal Injection, Prong vocalist/guitarist Tommy Vicotor guests. These tracks have them performing the majority of vocals on them, and actually adding to the song.
This record contains a lot of consistency among tracks, not one track really breaks the overall mold, but each track is solid. The album itself is fairly short so you won't find songs that are too long, every song is under 5 minutes. This might piss off the experimentalist who like Soulfly when they go off on a weird tangent in a song, but you have to realize that this is actually one of Soulfly's more straightforward records.
Overall, this is a decent record from Soulfly, not that they've ever really put out a bad record. Songs maintain a good and solid sound that a lot of newer bands probably wish they had or that they even had the ability to write an album this consistent. Maybe not the most essential Soulfly record, but one fans of the band will check out none the less.
Overall Score: 7.5
Highlights: Rise of The Fallen, Jeffrey Dahmer, Off With Their Heads, Mega-Doom
Posted by maskofgojira at 2:50 PM