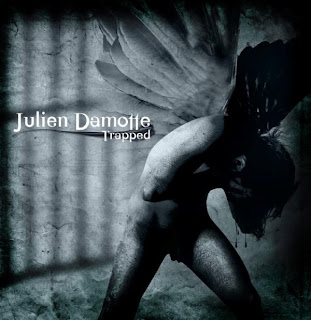 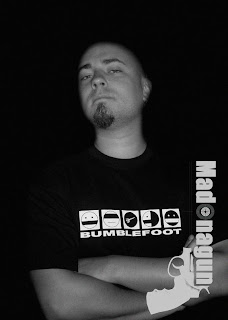 Get Your Prog On!

Julien Damotte is a French progressive metal band named after the guitarist, Julien Damotte. This group was formed so that Julien could release ideas without conforming them to any set of styles. This record contains multiple guests in the form of vocals and guitarists that join Julien on this record as well.
This record really explores the different realms of progressive metal. You'll find everything from virtuosic guitar soloing to mellow and low-key sections with soft playing and piano. Any fan of progressive metal will likely explore this based on just the fact that it is "progressive metal" and for no other reason, but there are plenty of reasons to check this out if you're into more symphonic, power, or even heavy metal as well.
The variation on this album is such that not only do you get the Dream Theater, obviously, influence, but also many others that one might not expect to find on here. Eternal Love really shows a definitive influence of Arjen Lucassen's Ayreon, while The Inner Struggle really shows off the more Opeth and bands of that nature within itself. Different aspects of the prog-metal scene are demonstrated within every track, from the mellow to the heavy, something everyone can like.
Most of this record is standard sounding prog-metal, emphasis on the metal part, but two of the tracks near the end really put some different influences into the album. Dying is a song which is more of a doom and slower track compared to the ones that came before it. Death would be considered the power-ballad of the album, remaining mostly acoustic until the bridge where solos pop up and punch you in the face. These two tracks are not necessarily the highlights of the album, but they are enough to give this album a bit less of the typical "prog-metal" stereotype.
Guests on this record include Gustavo Monsanto (ex-Adagio), Matt Haussy (Madonagun), and others on vocals and some guest solos by Christophe Godin and Mattias IA Eklundh (Freak Kitchen). These guest spots are probably the reason some have checked this album out as well. While this really what shouldn't be the only reason for a person to listen to this album, it is still more likely for someone to like one of these bands or artists and want to see what they do on this album.
The final track, Ending Chapter, is really the most original sounding track on here. This is the longest track on the album, being just over 12 minutes and makes use of everything it can within that space. Hammond organ, blues riffs, female vocals, and even a bit of a Meshuggah section are all held within this track. Some will probably see this track as a little schizophrenic sounding, bouncing from one thing to another, but it's a prog album, what else are you expecting.
Overall, this is a record that will most likely please fans of the prog-metal genre without much trouble. There isn't really much out of the ordinary in terms of style on here, but Julien manages to make what he does create sound good enough to not even make it that much of a problem. Once again, to reiterate, this is most definitely a record any fan of prog-metal should check out.
Overall Score: 7.5
Highlights: Eternal Love, Ending Chapter
Posted by maskofgojira at 3:38 PM