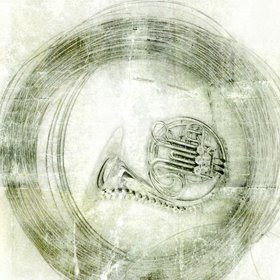 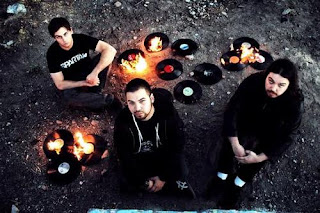 Name is a mathcore band from California. The band's name stands for New Approach to Martyrs Expressions. This is their debut record and exhibits everything you might expect from a new band within the genre.
The band site influences that range from metal to jazz to progressive rock, but some of those can be lost in the technicality of some of the songs. Within a lot of these tracks, you get a sound that is quite varied, if not on the verse of Mr. Bungle weirdness, with just the opening track, Killer Whales, Man, sounding like a mix of Dillinger Escape Plan, Converge, and Seemless. This type of extreme genre shifting can be hard to listen to due to the almost disregard for any conventional structure.
The guitars on this album are quite spastic sounding, think Ben Weinman playing with members of Mr. Bungle and The Faceless. These songs move from crazy technicality, My Sweetheart, The Whore, to almost proggy, Empathetic Communicator: Part III: Your Sun Machine, Your Space Embracer (Concious Competence), with a good amount of interplay with the other instruments in the band. The main style could obviously be derived from bands like TDEP, but the influences mentioned above come into play later in the album, and are played well enough to grab you. The almost post-rock influence comes up more often than expected within these songs as well.
The bass is mixed between everything on the album rather well. While the bass isn't heard in every track as well as some; when it does come up, it's used effectively. The bass is very groovy and full of rumbles, so the bass lines on here, listen to Mare, are great sounding.
Vocals on this album are just as diverse sounding as the music. From song to song you'll get an odd mix of hardcore screams, deathcore grunts, melodic singing, and everything in between. Shifts from one style to another go in sync with the music, a lot of rehearsal maybe, and show a lot of overall ability.
Most of the songs on here are about 5 minutes long, but are similar in their spastic nature. When the band goes on a tangent, they really start to shine, like in Mare or The Sycophant, The Saint & The Gamefox, where they reach for over 9 minutes. These tracks explore a lot more territory within the jazz, progressive rock, and even the post-rock areas without being nearly as crazy sounding.
Overall, this is a decent record with some interesting parts. Whether you're into the more spastic elements of metal or hardcore, or the more melodic and experimental, you'll find at least one song on this record that peaks your interest. Maybe a bit too long for it's own good, but if you're a fan, the more, the better.
Overall Score: 7
Highlights: Empathetic Communicator: Part I: Hommage to The Hunter (Unconscious Incompetence), Mare, The Sycophant, The Saint & The Gamefox, Avaler L'océan
Posted by maskofgojira at 6:23 PM