Inquisitor - The Quantum Theory of ID 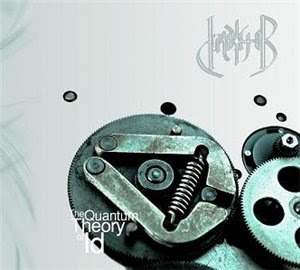 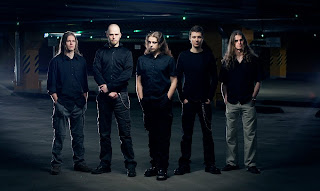 Inquisitor is a progressive black metal band from Lithuania. This is one of the few bands to break out of the black metal scene that sounds more foreign. Having a past in more symphonic based music, this album explores a lot of territory.
While roots of the band's more symphonic past are still present within this album, much more progressive and avant-garde textures and melodies pervade the sound. The songs, except for opening narrative track, Infimum, are all over 9 minutes. You'll find an very large amount of overall influences that range from bands like Emperor and Arcturus to bands like Spiral Architect and Meshuggah in the band's sound as well. These diverse influences don't necessarily spell out the band's sound, but traces of each of these bands can be found.
While bands like Vulture Industries and Quadrivium take the sounds established by Arcturus and build upon them in their own vein, you could see the same here. While Quadrivium uses more of the earlier sounding symphonic black metal and later progressive touches in their sound and Vulture Industries focuses more on the avant-garde prog sound, Inquisitor seems to meld the symphonic black style with the avant-garde. Classical piano sections mixed with more of a progressive black metal riff are used quite often within the real opener, Pricipia Mathematica Philosophiae Naturalis, you'll find a lot in common with that Arcturus sound.
What makes this album so different from the bands mentioned above, excluding Arcturus, is the use of piano in their sound. Neo-classical runs bring that "The Shame Mirrors" vibe to a lot of these songs, and sound well played as well. The keys on this album also don't bring along with them the cheese factor that a lot of bands that use them do.
The vocals on this album are a much more standard affair. Typical black metal shrieks and screams are the usual type of performance you'll find on here, but a lot of the songs are dominated more by instrumental passages rather than the vocals. While the vocals provide a more understandable grabbing point for some, and find it more appealing to listen to something with vocals, they don't add a lot to the music, at some points sounding like a pale imitation of Dani Filth.
Overall, this was a nice album that reminded me of the glorious sound of Arcturus. Like Vulture Industries and Quadrivium, this band too expands upon that sound and experiments within the boundaries they have set, but is probably not as obvious sounding. Not the most spectacular progressive black metal album this year, but it has a lot of unique and cool sounding parts and is worth checking out.
Overall Score: 8
Highlights: Dis Welt Als Wille Und Vorstellung, Corpus Hermeticum
Posted by maskofgojira at 7:01 PM