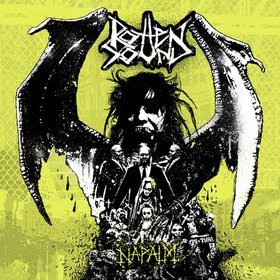 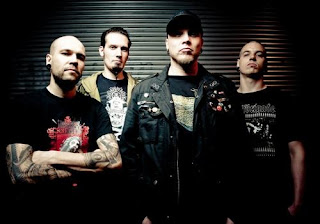 Dispite The Name, It's Still OK To Listen To.

Rotten Sound is a Finnish grindcore quartet. Having lost their bassist before this recording, the band decided to write this as a three-piece, then they got a new bass player. This EP contains some left over tracks from 2008's "Cycles" record and 3 covers.
This EP, like one might expect, is short, even for EP standards, just hitting 11 minutes. The 6 tracks on here contain the aforementioned 3 new tracks, and, like the title suggests, 3 Napalm Death covers. These covers stick to the original sound fairly well, but the band manage to make the tracks sound like themselves as well.
All but the classic cover of Suffer The Children, are under 3 minutes in length. Most of these tracks can kind of blur together, as many of them are so short and don't really process the first few times you listen to them. All of these tracks are fast, and don't really explore the groovy aspect of the band.
The sound of these tracks is very much in the vein of how the band have sounded on previous albums, crusty and groovy. Tracks like Brainload contains a lot of blast-beats and fast playing. Excluding the covers, there isn't a whole lot of variety on here, considering there are only 3 songs, but showcase the band's style.
Overall, this is a decent release that fans of both of the bands, Rotten Sound and Napalm Death, will probably check out. Even if you're not the biggest fan of the genre, this release is short and won't take up a lot of your life it you decide to listen to it and you hate it. If you're into fast and groovy grindcore, this is for you.
Overall Score: 7
Highlights: Dead Remains, Suffer The Children
Posted by maskofgojira at 6:48 PM