Airs - A Left Turn At Happiness 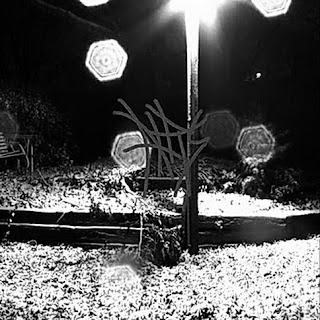 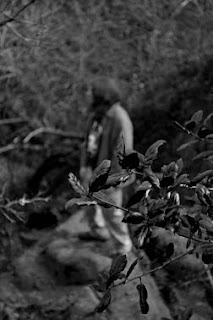 Airs is a shoegaze/black metal duo from California. Originally formed to create instrumental music within this format, the idea was later abandoned, but after this album. The duo had not properly been introduced at this time either, so this album is solo.
This album really takes the two styles that were introduced above and blends them together well. What many may assume from this is that the style on here will be similar to what groups like Alcest, Amesoeurs, or Lantlos are doing, and while they all play within the same sort of boundaries, Airs plays these styles very differently. The style showcased on this album does not so much mix the styles together as much as they are welded into a single unit.
The black metal vibe is prominent within the rawness and aggression in the playing, but the overall sound of what is played is not. Opener, and title-track, A Left Turn At Happiness, starts off with some distorted guitars over some acoustic strumming before the strumming finishes the track. The second track, Airs, is similar towards black metal, but is played in no sort of black metal style, having more in common with melodic and power metal solos throughout it's 5 minute course. While black metal is found within this record, it is much more dominated by the shoegaze element.
Within this album, besides the two main influences, there are some more noticeable inklings of other musical styles found as well. Within Bloody & Scarred (A Cheerful Tale of Self-Harm), you get an almost post-punk mixed with very minimal influence of metal, besides the guitar sound. But you also get some folk in A Shell of Your Former Self and some more old-school heavy/power metal guitar soloing on it's follow-up One Step Closer to Total Fucking Annihilation, which, by coincidence, is also one of the more black metal tracks on the album.
A lot of this record's tracks are very short, with most tracks being around 3 minutes long. There are the few that do go over 5, and the one that's over 10, but those tracks seem to feature more of a guitar solo vibe rather than a song. This aesthetic could be applied to the entire album, where a lot of these tracks could be seen more as an idea for a track, rather than an actual song itself.
Overall, this is an interesting release, as many would probably see it. Once again, this is not so much an album of songs, as much as a bunch of musical ideas presented. Later recordings features more of a progression into a less random(?) format. If you're into the new surge of shoegaze/black metal emerging, check this one out as well.
Overall Score: 6
Highlights: Fascism Avenue, One Step Close to Total Fucking Annihilation, Counting The Moments to Oblivion (Slower, Slower, Slower...)
Posted by maskofgojira at 11:17 AM