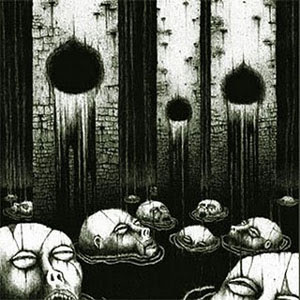 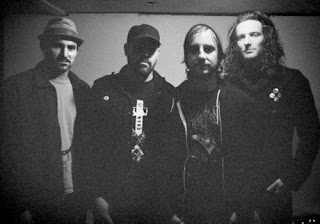 Don't Get Stuck In A Rut.

Trap Them are a grindcore/crust punk band from Washington. This new EP once again features their trademark sound that has garnered them so much success. Compared to the band's older material, this album, and it might be because it was released on Southern Lord Records, has a bit more of a sludge vibe to it.
The first track on here is titled Day Thirty Eight: Carnage Incarnate. Starting off with a technical riff over a highly distorted sound, you get just a very early death metal sort of vibe from the get-go. This song is a bit more structured sounding than the band's older work, with riffs that return multiple times throughout the track.
The next track is Day Thirty Nine: Degenerate Binds. This track has a bit more of a sludge vibe to it, with more mid-tempo riffs under pounding drums. This track also unleashes a lot of feedback at you during certain times where the guitars just give way to itself. The riffs on here, just to mention the sludge feeling again, actually sound a bit bluesy at times as well.
The third track is titled Day Forty: Dead Fathers Wading In The Bodygrounds. This song is extremely slow sounding for this band, very mid-tempo and old-school sludge sounding. It might just be that the track is slower that the riffs on here sound more angular than usual.
The final track on here is a redone version of the song Day Seven: Digital Dogs With Analog Collars. This track, like the album that it came from originally, is fast and very punk influenced. If you've heard the original version, it's pretty much the same.
This is, overall, a decent release from this band. It's not going to turn a lot of heads like their last 2 full-lengths did, but it's nice to see that this is the direction the band might go in in the future. Not their greatest release, but something collectors and fans will pick up either way.
Overall Score: 7
Highlights: Day Thirty Nine: Degenerate Binds, Day Forty: Dead Fathers Wading In The Bodygrounds
Posted by maskofgojira at 12:16 PM