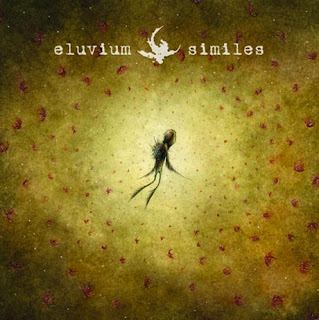 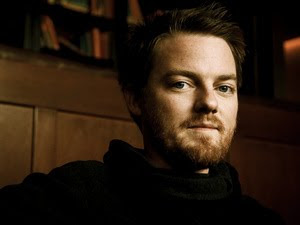 Getting Louder and Louder.

Eluvium is the stage name of Matthew Cooper. This is the first album under the Eluvium name to make use of Matthew's vocals, but his fifth record overall. Taking ques from ambient, post-rock, and shoegaze music, this record is comprised more of an overall minimalist composition rather than actual songs, per say.
Like a few of the previous records released by Eluvium, this record is really comprised of a lot of piano work. The overall composition is occupied by subtle piano melodies and motifs rather than the vocals. In comparison to other Eluvium records though, the vocals actually do provide some of the melody.
The vocals on this album are a bit more comparable to post-rock vocalists. You won't find Matthew singing his heart out over some piano melodies, instead, you have an almost melodic speaking type of singing. The vocals do have some parts where they are layered more than others, but that is the essential type of vocal performance from this album.
Behind the piano and vocals on this album are a lot of different textures and atmospheres, like the acoustic guitar in Weird Creatures. Added elements include everything from a guitar to some synthe or choir behind Matthew and his piano. These textures really add to the experience that this album provides to the listener.
This album really provides the listener with a journey through different moods and emotions. While opener of Leaves Eclipse The Light is very sombre and melancholy, Making Up Minds is almost cheerful or bright sounding. The roller-coaster ride of emotional tension within this album provides the listener a bit more to latch or hold onto and listen to multiple times without getting old.
Overall, this was a record that really is worth listening to at least once. It is definitely not for those who want to hear something straightforward or simplistic, as this record really can sit in the background as well as it can devour your attention. The detail within this recording is really obvious and is at least worth mentioning. Check this out if you have an open mind.
Overall Score: 7
Highlights: The Motion Make Me Last, Weird Creatures, Cease to Know
Posted by maskofgojira at 3:03 PM