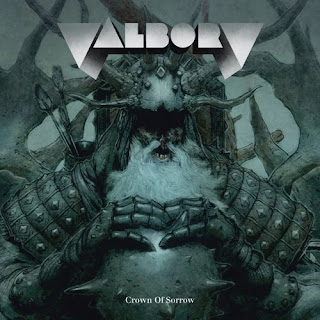 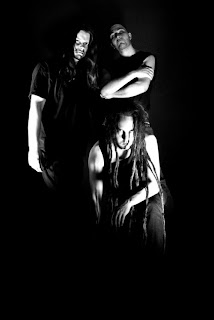 Some Get It Together, Others Don't.

Valborg is a progressive death metal band from Germany. This trio has released numerous records within the decade, not all from the band, but from multiple side projects. This, the groups third album, finds them using better production and crafting more effective songs as well.
The type of metal, while firmly rooted within the death metal sound, played is sometimes hard to tell. The obvious progressive influence makes this a bit obvious for the addition of more influences, but this group really like to make their sound eclectic. Ancient Horrors really includes elements of doom and post-rock into it's sound, while the song that follows it, Thunderbolt is much more of a mix between classic death/thrash and some more Opeth like tendencies into mellow territory.
Much like the music itself, the vocals do vary a lot, though, having 2 of the 3 members provide vocals can do that for a band. Even with this being available, it's still quite a range, from the melancholic singing of "Discouraged Ones"-era Katatonia, Dan Swano-esque growls, and even the emotional outpouring of Shining at one point, Crying Under The Fortress of God. Quite a lot of variation, if you don't like one style, the next track has a different one, so don't fret if you dislike one song for it's vocals.
The production, while still very raw and primal sounding, is still better than their last release. The recording was most likely done in a more traditional way of single tracking one thing at a time, as oppose to recording it all at once, like the last record. This is all a matter of opinion as to which sounds better, but it does provide a clearer sound.
This can be quite a hard pill to swallow due to all the different sounds and styles that go on in this record. Like Faith No More used to do when they released records, they shifted styles from track to track, this band uses the same principles. But some tracks can leave you scratching your head as to how these guys can pull off a death metal track to start the album, and finish you off with a songs where one sounds like Judas Priest playing with members of Testament and Cynic, and the other like members of Darkthrone and Entombed got together to jam and then beat each other up.
Overall, this is an oddball of a record. One listen really won't be able to provide you with an instant fix or reason to listen to this album again, you have to almost want to make yourself listen to this to try and find out why this can make sense as it does. Some may see this as inconsistent, others may find it to be a masterpiece, however you see it, you'll be in for a treat either way.
Overall Score: 7.5
Highlights: Thunderbolt, I Am Space
Posted by maskofgojira at 1:43 PM