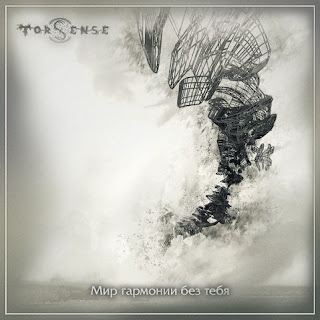 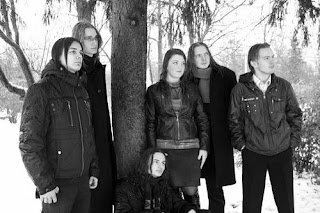 If Therion Didn't Suck.
Torsense is a symphonic death metal band from Russia. This record contains the usual symphonic metal aspects as well as your more aggressive tendencies of death metal, but sound wise, these guys could be compared a bit to Hollenthon. This is their debut record, and actually does some fairly cool and different stuff.
Style wise, these guys manage to combine the orchestration of more modern sounding Therion with the melodic death metal style of a band like Dark Tranquillity or Hypocrisy. While the death metal sound is very chunky and thick, they are still very melodic and even hint a progressive at certain points, Дрожь земли. The band also manage to mix some elements of symphonic black metal, or just black metal in this case, check У подножия вулкана, in their sound as well. Guitar and bass aren't as prominent as they probably should be in the band's sound, but they are played well and support the overall sound that the band takes on this album.
The keyboards are really the main star of the sound on here though, with that taking lead role for melodies and atmospheres. Keyboard solos are just as prominent as guitar leads on this album, and they are performed well, if not at the same caliber as those solos. The keys also manage to mix it up from track to track, besides the use of piano, they usually tend to stay within the same realm, yet differ from one track to another. Besides that, in the mix, the keys are, at some points, Таяние льда, louder in the mix than the guitars.
The vocals on this record vary quite a bit, but stay within the context of the genre that they're in. Male grunts and screams pervade most of the record, but female vocals are just as prominent as well. These two styles intertwine in maybe not the best way, but sound different than one might think.
Overall, this might not be the best representation of symphonic metal in today's metal world, but this group manage to at least put their own spin on it. Fans of the aforementioned Therion and Hollenthon will probably find this just as intriguing and enjoyable. Not the greatest sounding, but decent songs.
Overall Score: 7.5
Highlights: Гроза, Иссушение, Царство лавин, Дрожь земли
Posted by maskofgojira at 9:03 PM