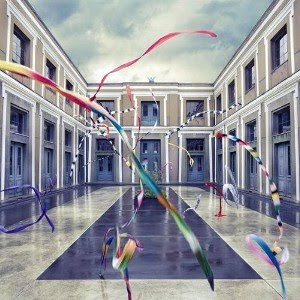 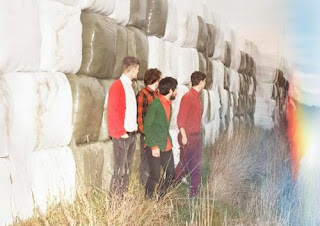 Efterklang is a post-rock/indie rock band from Denmark. This, the band's third full-length release, expresses more of the indie route rather than the post-rock. Whether this is for more mainstream exposure, is all up to the listener.
As oppose to the band's last few records, this one really hones in on the band playing together as a unit. Previous records have felt more disjointed, as far as the playing was concerned, and less varied. This album feels much more collaborative and functional, and at times even mechanical sounding, in comparison with it's more simplistic sound.
This album also brings a more electronic feel and sound. Previous records might have moved away from that sound, and while this is not a complete return to that, it seems to feature more than the last few releases. Tracks like I Was Playing Drums keeps that sound the band achieved on "Parades" but has a much more electronic sound to it.
As opposed to previous albums, as well, this one is much more poppy sounding. Abandoning a lot of more experimental and unique sounding moments in favor of a more pop dominated structure. While this simplistic approach works for some tracks, it completely sells most short, leaving them feeling half-hearted and like they could have been so much more, The Soft Beating.
One thing that has to be said for the band is that their use of symphonic strings and piano are fantastic sounding. A track like Full Moon is very simplistically structured, but the strings and performance really makes the track. The orchestration really makes certain parts of this album "pop," for lack of a better word, and really make those songs.
Overall, a decent record with a few really good pop/indie-pop songs. Not being all that familiar with a lot of Efterklang, this is much better than I expected it to be. While it may not be the best album by the band, it should be enough to maybe entice those who want to hear their best album, right now, in comparison to this one. This is one album I would try to research a bit more, as I am not the most authoritative Efterklang listener.
Overall Score: 6
Highlights: Modern Drift, I Was Playing Drums, Full Moon
Posted by maskofgojira at 3:24 PM