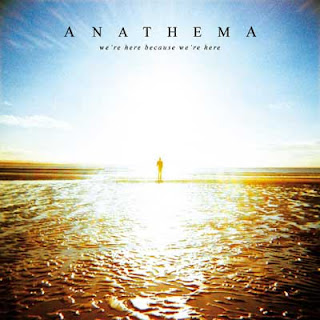 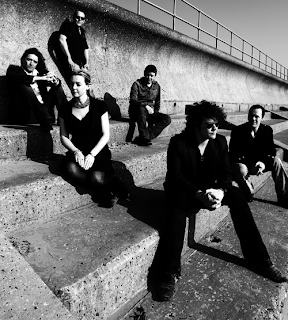 Anathema is a progressive/atmospheric rock band from the UK. Having started in 1990 as a doom/death metal band, they have gradually expanded their sound into what has been considered as a new sort of Pink Floyd. This new album features some guests on it and some of the most adventurous song-writing yet from the band.
Compared to most of the band's previous releases, this album is very upbeat. Opening tracks Thin Air and Summer Night Horizon are very melodic and catchy, and to an extent, even dancy at some moments, but they never lose that atmosphere. For some, the opening few tracks could prove a bit difficult to get past, simply due to the fact that the production is very "sunny" feeling.
The production on here is very open, allowing everything to be heard, but is maybe a bit too light sounding. If that doesn't make much sense, I'll try to elaborate; this album has the sound of a summer album. While this is no good-time, summer pop record, it has the sort of big production that those album do. Imagine sitting on a beach staring out onto the horizon over the ocean, and this would be the music you would probably hear behind you.
David Vincent's vocals on this album are actually almost perfect for how the music sounds behind him. He provides an almost poppy performance on a lot of the tracks, but later songs feature more depth and almost melancholy into his voice. The additional use of female vocals also brings a sort of depth into the vocals, whether it's the very melodic line accompanying Vincent on Everything or the bluesy solo lines on Presence, they work either way.
The guests mentioned above include guest vocals on the track Angels Walk Among Us by HIM's Ville Valo. The second guest handles the mix on the album, Porcupine Tree's Steven Wilson. Neither of these guests terribly effect the overall sound, but they do add a certain vibe to things. Valo's vocals aren't as up front or as dark as one might assume from him, as it is sometimes even hard to tell whether he or Vincent is singing.
The Steven Wilson elements certainly are in here, listen to the trip-hop elements in Universal or the more shoegaze aspects of Get Off, Get Out. His influence is certainly present within both the music and the very highly produced sound of the record. While Wilson doesn't personally appear on the record, his presence is felt throughout.
The real sort of Anathema sound comes out on A Simple Mistake. This track combines their usual kind of ambient rock sound with elements of post-rock/metal to make it build and crescendo much more than the earlier parts of the album. This track starts off very low-key and mellow, but like what was just said, it builds into a very heavy and melodic rock part.
Overall, this is a good album; and while it doesn't really have the darker and more melancholic moments that I personally enjoy, it is still very good. If you're into progressive or ambient music, this is probably something you should listen to if you haven't already.
Overall Score: 8
Highlights: Dreaming Light, Angels Walk Among Us, A Simple Mistake, Hindsight
Posted by maskofgojira at 11:31 AM