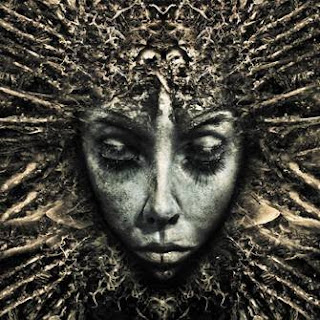 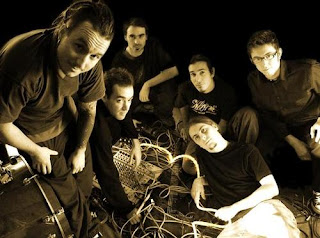 Klone are a progressive metal band from France. This, the band's third full-length release, experiments more with the sounds they started playing with on their last release, including use of instruments like harps, saxophones, and flutes. These guys are bringing in the new sound of progressive metal along with groups like Gojira, Hacride, Mistaken Element, and others from France, listen and enjoy.
Right from the get go, this album begins with a progressive edge. Rite of Passage begins with some folky sounding guitar, maybe even mandolins or instruments like that, before getting into a groove. You'll find that throughout this album, various different types of progressive tools are utilized.
What might surprise some is how catchy this album actually is, for a band using such abstract tools and instruments within a metal context. You'll find tracks like Spiral Down and Behold The Silence stuck in your head for some reason or another and question as to how some of these songs are so uniquely memorable. The inclusion of a very alt. metal/rock sound in here allow the music to be all too memorable while still retaining it's technical and experimental nature.
Musically, this album is full of textures due to the use of a member that uses not just keyboards, but samplers, wood wind instruments, and sound. Along with a sound that is uniquely becoming their own, the band are able to use the elements of pop, jazz, electronic, and rock all within a very progressive sounding metal foundation. While sometimes these things become a bit too much to handle, they are almost always used well and never seem to overpower one another within a single track.
Yann Ligner's vocals are a surprisingly unique blend of Gojira's Joe Duplantier and Tool's Maynard James Keenan. You have the aggression of a growl or scream but the odd melodic sense of singing all at once. The first time you hear it, it might seem a bit off-putting just due to it's quirkiness, but it soon becomes more than listenable and something that the band almost needs. For those that have never heard the band's first album, "Duplicate," that featured a different vocalist, Ligner's style is much more unique and suits the band a lot better, the other vocalist sounded like a Phil Anselmo rip-off.
This possibly the album's only downfall. In the regard that the vocalist and the music itself is very well performed and written, it's hard to tell which side of the road Klone really wants to walk down. On one hand you have tracks like The Spell Is Cast and Give Up The Rest that are heavy and groovy, but on the other you have songs like Hollow Way and Immaculate Desire which sound like Tool influence alt. metal. Not overall a bad thing that the band does combining the two together, but sometimes a bit confusing as to which they are going to eventually go down.
This is, overall, a very good record that fans of any of the bands mentioned above, as well as prog-metal fans in general, will probably enjoy. The only flaw with the album doesn't isn't really anything that hinders the album or makes it harder to listen to, but merely questions the route on which the band are treading on. This is a good album that hopefully people will hear, as these guys are in the same league with the other French bands within their genre. Check this out.
Overall Score: 8.5
Highlights: Rite of Passage, Immaculate Desire, Rain Birds
Posted by maskofgojira at 1:09 PM