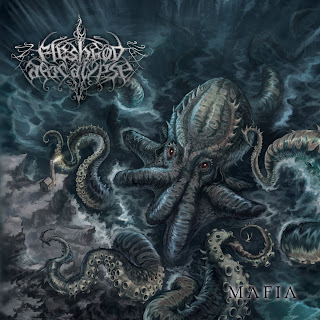 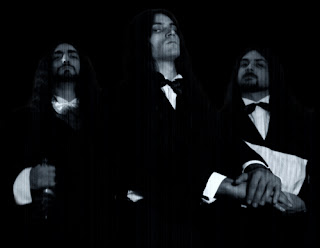 They're Commin' To Get You Boy.

Fleshgod Apocalypse is a technical death metal band from Italy. This is their follow-up effort to their acclaimed debut record, "Oracles," that came out in 2009. This new album really shows a progression from that album, evolution is certainly happening within this group.
The first track is Thru Our Scars, this was also the first track that the band released from this EP. Right from the get-go you get punched in the face by groovy riffs, powerful growls, and pounding double-bass. Probably what most people will fuss about, it they've haven't already, is the use of clean vocals within the track's chorus. The vocals suit the sound that the band is actually going for though, the whole classical mixed with death metal approach really wouldn't feel as complete without the band actually trying to do something fresh like the use of "operatic" clean vocals, and no they are not like female operatic.
The second track on here is titled Abyssal. This track picks up where the last one leaves off, for the most part, but sticks with more of a brutal approach. The solos on this track are much more melodic than usual, but are also, at points, reminiscent of neo-classical solos. The chorus on this track is probably the best on here as well.
The middle track on this album is called Conspiracy of Silence. This track leans more towards the first track on here, sound wise. Fast vocal delivery and technical/neo-classical riffs dominate the track along with mind-blowing drumming, similar, but not a copy, of the first track on here. Clean vocals also make a brief return in this track as well.
The fourth track on here is Blinded By Fear, an At The Gates cover. This track pretty much sticks to the original version. The drumming on here is a lot faster and might make the track feel a bit different, but that's about it; but besides that, it is actually a decent cover.
The final, and title-track, Mafia, is similar to the title-track of the band's debut album. This is really just a concluding song of piano, played well mind you. This won't blow people away with mad piano skills, it is done in a more classically performed way, and it ends the album on an up stroke.
Overall, this EP shows a major evolution in terms of song-writing for the band, utilizing more melody and structure within songs, but still keeping them technical and brutal. This EP hopefully shows what is to come in the next full-length. This is one of the most up-and-coming death metal acts right now, and it also features the vocalist of Hour of Penance on drums, definitely check this band out if you haven't already.
Overall Score: 7.5
Highlights: Thru Our Scars, Abyssal
Posted by maskofgojira at 5:54 PM