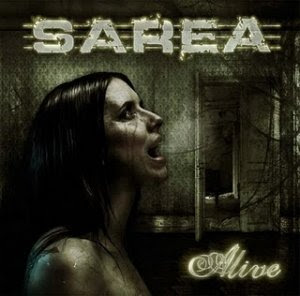 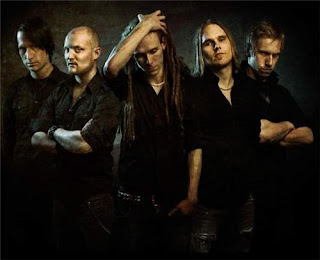 Sarea are a melodic death metal band from Sweden. These guys are also what some will classify as a metalcore band; and sharing some musical similarities between groups like Sonic Syndicate and newer In Flames, doesn't help their cred either. But these guys have moved into a realm of short, catchy songs that, even still, might appease the melo-death community as acceptable.
While this is by no means the next "The Jester Race" or "The Gallery" record, one couldn't even say this is the next "Alive Or Just Breathing" album, but it's still a decent record. For what it is, this record is somewhere between Children of Bodom melo-death/power metal, and As I Lay Dying melo-thrashcore sound wise. You won't find a lot out of the ordinary, simple song structures, melodic choruses, and catchy clean vocals.
This record really bridges the gap between metalcore and power metal if you think about it doing such. Short simple metalcore songs that don't have complicated structures, but the power metal element includes really dynamic clean vocals, guitar solos, and cheesy keyboards. One couldn't really say that this is a new concept, but this record actually manages to make the two go together quite seamlessly.
One thing that does actually stand out on this record are the clean vocals over the actual instrumentation, as well as the screams. Unlike most of the record, which is fairly straightforward melodic metalcore styled, the cleans contain an almost hard rock vibe to them. Tracks like Another Me and King of Lies really stand out among other tracks due to their clean choruses.
The track Blind might turn some heads due to death metal legend Tomas Lindberg performing guest vocals on the track. While the main vocalist sings throughout most of the track, Lindberg does the screams in his usual style. Unfortunately, Lindberg really doesn't seem to fit on the track, even though his voice is used throughout the entire track, it really doesn't have a different effect than the main vocalist's scream would have had.
Overall, this is an alright record with some good songs on it. This surely won't blow any one's might, but if you're new to melo-death or any sort of metal with screaming, this would actually be a release that might get you into the heavier side of it. Decent, but not great, if you insist upon checking this out, listen to the songs below first.
Overall Score: 5.5
Highlights: Another Me, King of Lies, Purity's Fall, Sh(e)vil
Posted by maskofgojira at 2:22 PM