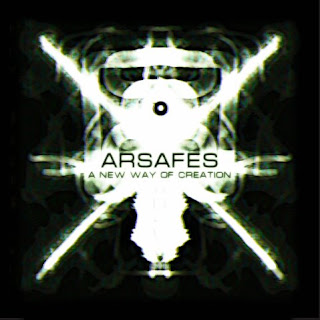 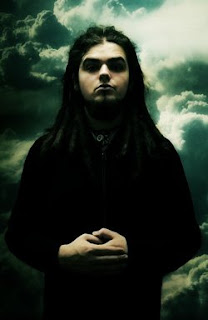 My Mechanical Brother Is Not Just A Strapping Young Lad.

Arsafes is an industrial metal band from Russia. Named after it's main composer, Arsafes, this band really takes after the sound of Devin Townsend's work. This is their first release and it demonstrates a real talent for the style that Devin has left behind with SYL.
As previously mentioned, this was named after the band's main composer, Arsafes, who also happens to play guitar, programming, and vocals as well, it is still a band. Besides Arsafes, the band features two other members, Alexander plays the bass and Alex Smirnov plays the drums. While there are only three members, and obviously with layering in today's scene, these guys make themselves sound huge.
This band has been compared to SYL, and with good reason. In almost every aspect of this EP, the band manage to pull of a sound that harks back to SYL's "City" or "Heavy As A Really Heavy Thing" albums. Lyrics convey the same anger, the music pummels you just as hard, and the screams sound like a higher Devin (the vocals are a higher register, not him sounding high).
On here the production gives the band a huge and monstrous sound. The guitars are multi-tracked and the synthes are just piled on top of each other while the drums just blast your face off. This record is also very clean sounding, but it is also very open as well, full of a lot of ambiance, hear 20 Days.
The vocals, as mentioned, sound just like Devin screaming higher, but the cleans sound very different to Devin's. The mixture of both styles isn't an original concept at all, but the way they are both used in conjunction with each other is somewhat more intriguing than most, Paradise, but still not all that original. The screams are ferocious sounding, but the cleans are melodic and sound almost like something you would hear from a modern rock band.
Before all of you write this band off as a SYL rip-off group, I won't deny that influence, you can still hear plenty of other artists in here as well. The title-track, A New Way of Creation, really brings a lot of different influences into the picture, including Meshuggah, Mnemic, Fear Factory, and even Periphery. Since this is the longest track on here it does a bit more exploring of these bands than other tracks.
Just to complete the SYL references for you, the final track on here is a cover of SYL's Relentless. This cover is almost like the original, really capturing the spirit and emotion of the track. This is perhaps, I don't know how many SYL covers have been put to disc, but this has to be one of, if not the best out there.
Overall, this is a very good EP, and while it's still not entirely original, it is the band's debut, so you can't knock them for wearing their influences on their sleeve. The mixture of SYL and other more modern, yet similar, sounding bands has made this a very interesting group. Be on the look out for what these guys do next.
Overall Score: 7.5
Highlights: E.T.F.M., A New Way of Creation
Posted by maskofgojira at 4:44 PM