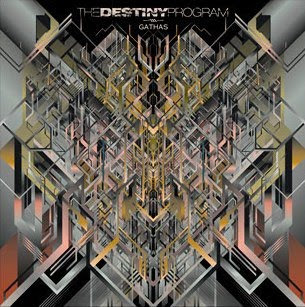 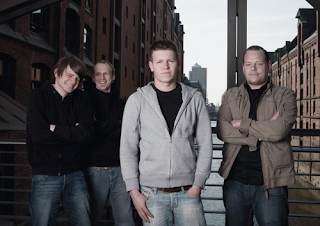 Hardcore With Attitude, And They're Going Experimental.

The Destiny Program is a progressive metalcore band from Germany. This is their second release under that name, after having changed it from originally Destiny for legal reasons. This album combines elements of metalcore, mathcore, and hardcore into one without any of the bad taste that usually comes along with bands of this genre.
First off, there are still plenty of breakdowns on this album, but they aren't just there to be there; keeping in more traditional styled hardcore, the breakdowns are used more at poignant points in a song. This structuring style allows the band to keep things more than above metalcore's now terrible bar. No doubt, just the fact that this band even uses breakdowns will probably turn people off right here, but if you can stomach them, read on.
Guitars on here are performed in a mix between Dillinger Escape Plan's more melodic moments, and Killswitch Engage at their heaviest. Playing melodic passages and some more technical sounding riffs are the basis of the guitar playing on here, but he occasionally adds in some cleaner and more simplistic parts, hear Road to A Recent Passage, that really make the track a lot more open. One would certainly not call the guitar playing on here, genre defying, but it's much more original than what most bands within the hardcore and metalcore genres are doing nowadays.
The vocals are fairly stereotypical sounding for hardcore. You'll basically find only two styles of vocals on this album, your hardcore barks and your more melodic singing. You'll also find a couple of hardcore chants on here as well, hear Avesta.
At points within the record, Trivial Commodity mainly, it can be a bit taxing to listen to entirely. Due to the length of this record, at about 56 minutes, it can sometimes stay past it's welcome. It is probably better to hear this record in chunks more than all at once, as some tracks can seem too much in the same vein as each other.
While this can't be said for the entire album, some of the later tracks really seem to hark back to "White Pony"-era Deftones for some reason. Liars Poker and Children of The Earth really seem to bring to mind tracks like Change (In The House of Flies) more than anything else. Once again, this really only occurs within the last couple of tracks and they are really the songs that seem to give the band a of a different color.
Overall, this record may not be the most original sounding record to ever come out of the hardcore/metalcore scene, but it's a lot better than what's been coming out of there recently. For the people who do enjoy the genre in particular, this might a bit of different listen for you. If you're into the style, check it out, if not, this might not be your cup of tea.
Overall Score: 6.5
Highlights: Through The Progressive Line, Convention and Predictability, Children of The Earth, The Blackwater
Posted by maskofgojira at 2:56 PM