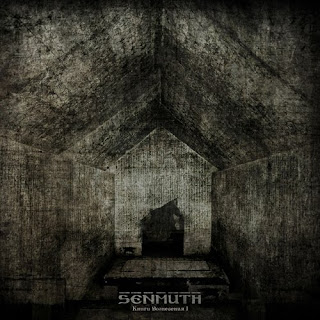 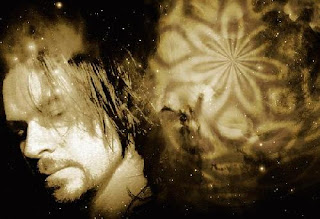 Two For The Price of One.

Senmuth's releases in late March and April included these two albums that were linked together. The sound of these two records in considerably more metal sounding than his recent material this year. Taking elements from his past and modernizing them even further into a more progressive piece of music.
The first of these two records is an EP containing 2 songs. The first of these songs being just under 20 minutes in length, the second one being just over 7. This release recalls more of Senmuth's more metal side, and makes it even more progressive than before.
The first track, Teksty Piramid, is the track that most will want to hear from this release, being that it is one of his longest consecutive pieces of music, or in other words, one of his longest songs. This track moves through elements of ambient, electronic, and symphonic music within the first half of the song before it even turns metal. Once that metal part comes in though, it is heavy, think old-school death metal with modern production moving through phases of industrial. The bass in this song is very clear and has some great lines that carry the song from part to part within the metal parts of the song.
The second track is titled Teksty Sarkofagov, and the previous track just moves into it without stumbling a bit. This track is perhaps a bit more on the experimental side of Senmuth, playing more with electronics rather than metal. In comparison with the previous track though, this one builds a lot better, with multiple parts happening simultaneously and feeling like a full piece of music. This song also has a bit of a chorus melody that reappears in the track, making it a bit easier to wrap your head around.
Overall, this is actually a very good EP, and one of the best things Senmuth has released this year. Utilizing almost everything he's used in the past, and mixing them together has really made this release stand out. Definitely worth checking out.
Overall Score: 8
Highlights: Teksty Piramid 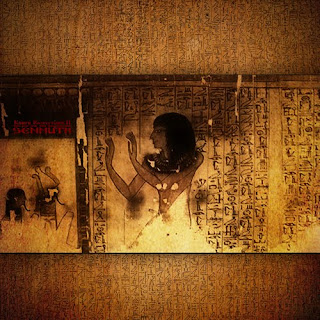 This next one is the second part of the release, a full-length album. This album returns to Senmuth's usual style of ethno-ambient music. The only thing that could really be seen as a connection between these two albums is the titles really.
This album, as a lot of ambient music does, links all the tracks together into a seamless single piece of music. Due to this fact, it becomes hard to distinguish when one track ends and another begins, some will probably see this as a good thing, but it makes it harder for a single track to stick out among them all. I won't deny that this fact doesn't effect the album's nature for repeat power, it can make you wonder, if you listen to this thing straight from beginning to end, where one section is and you never bothered to look at a track listing.
The ability for the music to flow into each other is not entirely bad though either. When listening to this album, it actually does enhance the listening experience a bit, by not having any cut-offs or skips in between tracks. It also allows this album to go by a little bit quicker, this thing is over an hour long, and it doesn't seem to pass by as it might if you did have single tracks.
The tribal drumming on this album is really what makes this album interesting, the melodies provided by the flutes, synthes, and other instruments are lackluster. The drums are just heavy and keep things moving, managing to change up their pace from track to track. But in the end, this does not save the record from ultimately becoming boring.
The only comparison to the EP comes in near the end of the album in possibly the best track, Kniga Nebes. This track begins like almost every other track on this album, but about mid-way through, you just get kicked in the face by distorted guitars and blasting drums. The second time metal is used on this record is on the final track, Kniga Peresecheniya Vechnosti; this track contains a bit more of an industrial vibe to it, as opposed towards a more, almost death metal type of assault on the other track. These two track are really the only time on this album where metal even begins to enter the picture.
Overall, this record is lackluster at best, remaining just another Senmuth album. Collectors and fans of his will no doubt download this either way no matter what is said about it, but if you were expecting this to be your gateway into this drug, you better go a different way. Not unlistenable, but after one, there is sorely little to go back to and listen to again.
Overall Score: 5
Highlights: Kniga Am-Duat, Kniga Svyaschennoy Korovy, Kniga Nebes
Posted by maskofgojira at 11:19 AM