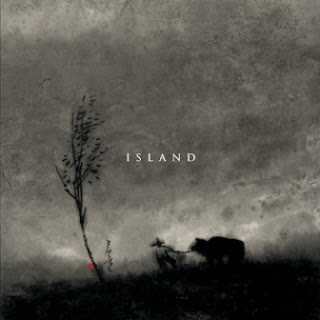 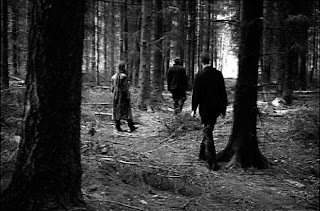 He's Calmed Down Quite A Bit.

Island is a progressive metal band from Germany. This could be considered the band's "debut" album, though they released a compilation of their older work back in 2008. This album really shows a major progression from that record and might piss some people off due to this.
For one to understand the progression from that compilation record to this one, that record must be described as well. That recording consisted of several demos and singles being put together into a single package. The sound of those recordings contained traces of Enslaved, Opeth, Dillinger Escape Plan, and some more folk aspects as well, most of these influences are now subtle and harder to read in this new album.
This new album gets rid of most of the hard and aggressive edge of those early recordings, leaving you with a similar sound to Opeth's "Damnation" record. But even this reference is fairly vague in describing the album as a whole, traces of post-rock, ambient, folk, and progressive rock are more prevalent than any sort of metal. The progression is enough to challenge any listener that has heard the band's compilation release.
Speaking of comparisons, it has to be said that members of this band come from bands that are quite well known in the underground for the tendencies to use these mellower parts in their music as well. Bands members come from groups such as Valborg and Klabautamann, who are both known for being more progressive metal oriented, granted prog-death and prog-black metal, but it is the prog that shines through on here. Parallels between the softer aspects of those bands the overall sound of this album are easily seen, even through a casual listener's ears.
This record is comprised of longer tracks, with only the centerpiece of the album, Mistral, being under 7 minutes. These longer lengths are justified within the tracks, where small details are brought in and out throughout it's course. For a fan of progressive music, it's hard not to find yourself invigorated by longer pieces, but even then some of these tracks will kind of stick together due to their elongated statures.
The synthes on this album compliment the music very well, depending on the track, you'll get very different results of what the synthes are doing. The track Waterside makes effective use of horns in it's later moments, while light use of a piano are used in Harbour. Both of these, as well as a lot more, are used very well on here, and at key points, never really taking away from the song itself, only enhancing it.
Overall, fans of the mellower side of prog will probably find this a must album for 2010. From Porcupine Tree to Katatonia to Opeth, fans of all of these bands will find common ground on this album. This won't win any awards, but it's still a solid release.
Overall Score: 7.5
Highlights: Jukai, Origin, Sol
Posted by maskofgojira at 4:21 PM