The Howling Wind - Into The Cryosphere 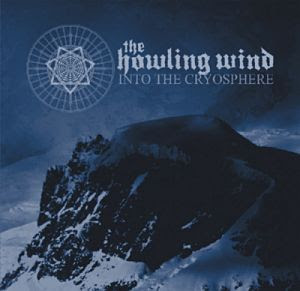 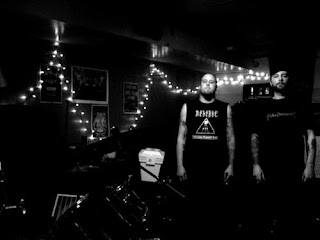 A Swirling Continuum of Black.

The Howling Wind is a black metal duo from the US. This is the second release from these two guys who are located in separate states from each other and follows in a similar path to their debut. Crushing and frosted black metal with a touch of doom is the name of the game here.
The two guys that comprise this band include Ryan "Killusion" Lipynsky (Thralldom, Unearthly Trance) from New York who plays guitar, bass, and vocals. The second member is Parasitus Nex (The Warwolves, Splatterhouse) from Oregon and plays drums. These two create a somewhat different take on fairly straightforward black metal.
The sound of this record is not entirely different from anything that's been achieved by bands like early Emperor or Mayhem, or more modern bands like Nortt or Wolves In The Throne Room. The duo's style is fairly dynamic, cold sounding black metal with your occasional doom moments, hear Impossible Eternity; but the real secret lies within the way the guitars sound on here, in conjunction with everything else as well. The vibe from the guitars during the faster moments of this record bring a very crusty and raw sound reminiscent of old punk or hardcore punk music. The production also adds to this sound by making everything very raw and atmospheric, but not to the extent that it will be unlistenable like some bands from the genre (raw black metal).
The vocals on here also bring that kind of punk vibe as well. Killusion's vocal style is kind of a mix between very aggressive screams, think more grindcore and less black metal style, and lower growls. The two are sometimes used in conjunction with one another to provide a different vibe as well.
The tracks in and of themselves are actually pretty diverse in comparison to one another. Ice Cracking In The Abyss is a short and aggressive hardcore tinged black metal track, but it's follow-up track Will Is The Only Fire Under An Avalanche brings an almost stoner vibe to the song. When listened to as a whole, the tracks can kind of blend together for a while, some do stick out more than others, but it is much easier to digest in smaller bits, this helped with the short interlude track Obscured Pyramid.
Overall, this is a good black metal record that shows off a bit more of it's origins within doom, crust punk, and sludge than probably a lot of other bands. This record won't appeal to fans of more progressive fans as much as it might to someone who likes the bands mentioned above, or even a band like Crowbar, but even that one's a maybe. I'll mention this again, as I do with every release from this label, Profound Lore has released another stellar record that seems to demonstrate a knack for bands willing to push boundaries or to do the old-school justice.
Overall Score: 7.5
Highlights: Teeth of Frost, Will Is The Only Fire Under An Avalanche
Posted by maskofgojira at 4:33 PM