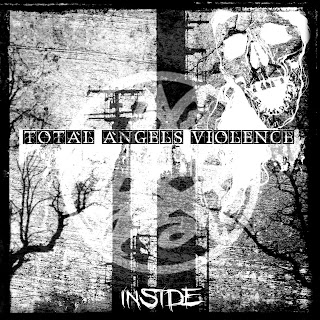 I don't really remember how I found this or why I decided to download it, or even how long I've had this. Having it for a while, and up to probably sometime earlier this week, I had never even listened to this album before, so I was going in pretty fresh with no expectations. After listening a few times and trying to look this project up, I can safely say there's not a lot out there on this project.
The first time I pressed play for this record to begin, I nearly jumped out of my seat. This thing is very different from almost every other ambient based black metal band I've ever heard, whether or not that's a good thing is all subjective. Instead of fusing the two together, this thing pretty much makes a Frankenstein out of the two, splicing elements of harsh and noisy black metal with dark ambient sections, with the two crossing over every so often. It's a very odd concoction that, like I said, I haven't heard done before in this manner. The black metal sections are just intense and blasting while the ambient sections are minimal and brooding, the title-track, Inside, really showcases the dichotomy between the two on here the best in my opinion. The vocals on here were really odd, at times they were pitch-shifted and distorted, either together or separately, but wound up sounding like some of those guttural brutal death metal vocalists, which was pretty hit and miss with me for this album.
In some ways, I found this to be really exciting and almost brilliant, the idea of seemingly just shoving two rather separate soundscapes together, in nearly a cut-and-paste manner, just struck me as an original idea. But having said that, I can't say that there weren't parts that underwhelmed me. For the most part, I did actually enjoy this, but there were some more ambient based moments that were either too boring and uninteresting, or the black metal parts just felt a little too samey, Monster. I wouldn't argue against someone saying that at times this is a bit amateurish, and to an extent the idea is a bit naive. Even the use of electronics on here did feel a bit weak at times, though for the most part they fit with the rest of the music pretty well.
However you actually end up taking it, I actually found this record to just really impress me, I haven't heard this sort of concept yet and I found myself impressed. Like I said, it's not perfect and some of the parts do get repetitive, but for the most part this is pretty solid. Definitely check it out if you like some more experimental black metal or ambient music.
Overall Score: 8
Highlights: Fleshfield, Riven True
Posted by maskofgojira at 11:17 AM