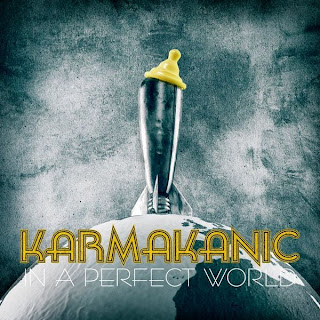 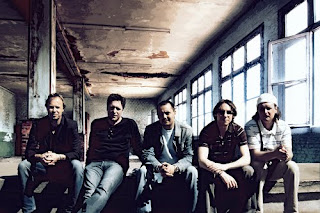 Let's be honest, if you're a fan of modern progressive rock, or at least progressive rock of the last decade or two, you know who Roine Stolt is. Stolt is how I found the band, having enjoyed his work in the likes of The Flower Kings and Transatlantic beforehand, I came into this knowing somewhat what I was getting myself in for. Having said that, he hasn't been in the band since 2004, and I did enjoy 2008's "Who's The Boss In The Factory," quite a bit, so I was of course still interested in hearing this.
Let's be honest here, if you know anything from Roine Stolt, you know that chances are high that you're gonna hear something that's more than a little retro sounding. Obviously, like I said above, he hasn't been in the band for a while, but what you get on here will still tickle the fancy of all those who enjoy the likes of Marillion and IQ, among others. The musicianship, as to be expected, is well done and handled with a lot of dexterity and professionalism. There are parts on here that do lean a bit more into the realm of jazz-fusion, something that the band isn't unfamiliar with, but is still nothing that should surprise fans of the band's first album. Expect lots of solos throughout, big choruses with all three vocalists singing together, some great bass work, and of course a lot of cheesy parts. You also get some of the band's heaviest work to date on here, not that that's really saying much, but Bite The Grit is definitely the song with the most rock on here.
What has stood out with this band, compared to a lot of other groups doing this sort of retro prog-rock style has been their almost pop sense of writing melodies. All of their albums have had those big catchy melodies that I feel is missing from a lot of prog-rock bands, or bands in general. The likes of The World Is Caving In just has those big group vocal harmonies that stuck in my head immediately after hearing them. While it's debatable and totally opinion, I personally found myself enjoying the more simpler moments of the album, the intro to When Fear Came to Town for example, because they weren't as cheesy and familiar to me, as someone who listens to quite a bit of progressive music.
It's a decent album, there really isn't too much to complain about, especially if you're a big fan of this stuff. It's not perfect, and I can't say that these guys have been a band I return too all that often, it's more of something I come back to every once in a while, but it was certainly enjoyable. Check it out if you like modern progressive rock, but check out their last album first.
Overall Score: 7.5
Highlights: The World Is Caving In, There's Nothing Wrong With The World, When Fear Came to Town
Posted by maskofgojira at 11:50 AM