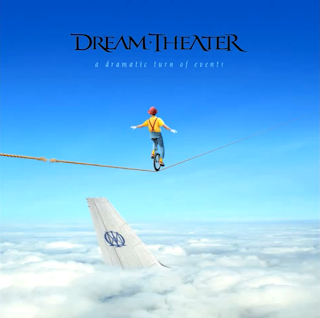 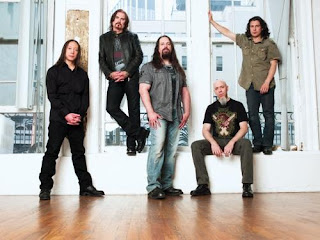 The long and anticipated eleventh full-length album from progressive metal progenitors Dream Theater has finally arrived and is upon us. The first release to not feature founding member, Mike Portnoy, on drums and the first to feature Mike Mangini behind the kit. Reactions have ranged from outright hate to pure ecstasy towards it.
So, what can a listener expect from this album that the band hasn't done on previous releases, well, I'll be blunt and say not a lot. If you're a long time fan of the band I don't see how this album wouldn't please you, but if you've never been one than this album isn't going to change your mind. The fact of the matter is that this is isn't DT's heaviest album, it isn't their most melodic, it's not their most progressive, it's not their mellowest, it's actually a little bit of everything they've done in the past. The comparisons are more apt towards albums like "Images and Words" and "Awake" is really where you can see the comparisons, instead of their more recent works. I'll be blunt, Mangini is a good drummer, which is obvious, but it's not like he wrote most of what's be played on here. His performances aren't super over-the-top and more accent and go with the flow of the songs rather than stick out, which also has to do with the fact that, at least to me, John Petrucci is now the head producer, instead of him with Portnoy, so the drums are also not as loud and up-front on here as albums in the past.
In all honesty, in terms of songwriting, this sounds like a band revitalized and taking a bit more chances in the way songs are written. It seems like the band loosened the reins and allowed themselves to go a little more crazy on songs like Lost Not Forgotten and Outcry, which easily cross over into tech metal territory at times, as well as write songs that are a little more accessible and melodic. You also have several ballads that are actually some of the best I've heard come from the band in a long time, This Is The Life and Beneath The Surface featuring of James LaBrie's best vocal performances on the album, in my opinion of course. I'd like to also point out that John Myung actually breaks out from being the low-end on here, bringing more than a few bass-fills to the album. This album is much less of a metal record than the last two records, which I'm sure will make some of their fans angry, but the songwriting is much more focused and the musicianship contains, perhaps, less of a blatant wank-off factor in it. The keyboards and guitars are much bigger and feature a, let's say, more guided and direction path on here, it feels less like they're there just to show off and more like they flow with the song. Having said that, this is still a Dream Theater album, so the use of extended instrumental passages is a given. In my opinion though, I enjoyed the last two album because they were a lot darker than some of their other material, and this album is much brighter sounding, which is a little bit of let down for me, but that's just a subjective thing for me.
Overall, a very good album that should really demonstrate the strength of the members as songwriters as well as good instrumentalists. The drums, as I said, are a little low in the mix, but beyond that, this is a very strong album that shows a lot vitality and confidence. Fans rejoice, this is an album that you can gladly embrace along with the other ten full-lengths.
Overall Score: 9
Highlights: Lost Not Forgotten, Outcry, Breaking All Illusions
Posted by maskofgojira at 8:28 AM