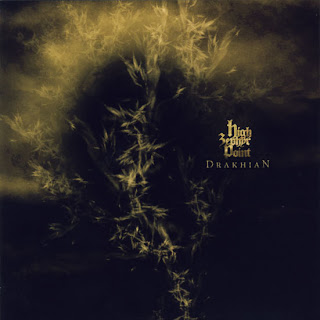 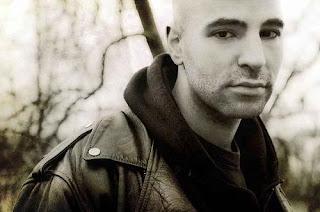 Like a lot of things, I'm a bit late on this one, I've had it for a little while and just haven't gotten to it. The cover art intrigued me enough to get it and I didn't feel that I should just ignore it. The french black metal scene is has personally become one of my favorites, so I thought that this, even though this is melodic black metal, maybe there was something about it that would be above par.
Musically, what can you expect from this, well, melodic black metal. Drakhian shows his Blut Aus Nord, the melodic Blut Aus Nord, and Dissection influences close to his heart on here, but is clearly capable of writing some solid enough stuff to show that this isn't just an exercise in tremolo picking. His songwriting craft is solid enough to entertain throughout most of these tracks without them getting boring, though some of them are, Shadow Empire I found rather dull for the most part, while others are definitely more driving and entertaining, Splendor of The Night. I pick up some hints of thrash now and then in here, The Awaken Dream being one case, that do bring a little bit of variation in terms of riffing to the table now and then. One could also hear folk, or pagan if you so decide, influences in here, with acoustic interludes coming out in Sealed In A Winter Kiss and Moonrise Waltz, something that definitely broke the monotony on here.
Something that struck me as odd were the clean vocals on here, if I'm hearing them correctly. If it is what I'm hearing correctly, they are very low in the mix, which is a bit of an odd choice since Drakhian's screaming vocals are very clear and audible in the mix throughout while his singing can barely even be heard. Granted, they aren't used very much throughout the album, and since it might not even be singing, I can't say that I was disappointed with them except for when they were used. Besides that, I do feel like there is a lack of variation on here, most of the songs make use of faster tempos that rarely slow down for a breather, and when a song is blasting for five or six minutes straight, it does get boring, at least for me. My favorite parts of the album where when Drakhian went for more mid-tempo parts on a few of the more folky tracks, Moonrise Waltz. That is where a track like Wicked Past succeeds, it is, in my opinion, the standout track on here because it is the most "progressive" with its structure, switching from blast-beats to more groovy patterns in terms of the drumming, while the guitar riffs are more folky, without being acoustic, but also have a more progressive edge to them at times.
I'm not sure what else there is to say, I would have loved to have heard some more songs with variations in their tempo, but that's just me. I could see people who like all intense all the time really enjoying this album, but it didn't really hit all the bases for me. Check it out if you're into melodic black metal with some folky elements in it.
Overall Score: 7.5
Highlights: Moonrise Waltz, Wicked Past, A New Sun Is Rising
Posted by maskofgojira at 10:58 AM