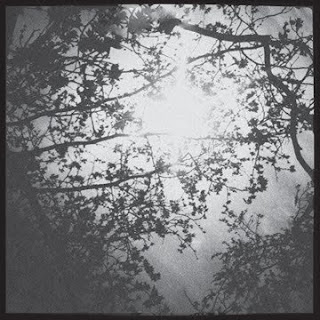 My recent love affair with blackened punk, hardcore, crust, etc. has obviously come to the point where if a band looks even remotely interesting, chances are I'll look into it. This debut release from this new band definitely interested me, since I had heard some good things, and I was buying the Sutekh Hexen stuff anyway I bought it. Other than that, I really didn't have any idea what I was getting into.
I was curious as for how this band would present themselves, would it be more black metal sounding, would it be more punk-ish and hardcore like, would it be sludgy at all? Once Muck begins, I was hit with a sound that I did not expect. I already knew, coming into it, that this would be pretty raw, but I didn't anticipate it to be as brutal it actually is. I had no idea that the vocals would be as pummeling as they actually are, they just grabbed me from the get-go with the almost moaning style in which their performed in. With all that being said, this album is still pretty melodic and straightforward, sonically having a lot more of a punk sound than a black metal one, Hour to Die or The Train Is On My Head for example. If you can get past how raw and primal this is, these songs reveal themselves to be pretty catchy. There's also this continuing sound, which comes from the ride cymbal, I think, that wound up sounding like chains hitting an object, and that really hit home with me, and made the music and lyrics more unified, but that's just me.
Though I'm not much of a punk guy, I found this to be really enjoyable and a good listen. For a debut EP it shows a lot of potential, as these guys are doing something interesting. Check it out if you like raw punk or think the idea of black metal influenced punk sounds cool, like I did.
Overall Score: 7.5
Highlights: No One Around, Cancer
Posted by maskofgojira at 7:34 AM