Ghost Brigade - Until Fear No Longer Defines Us (2011) 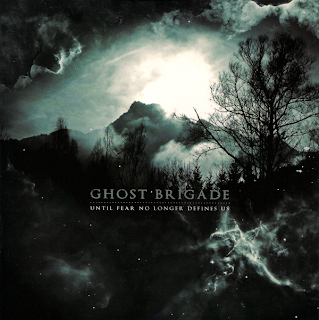 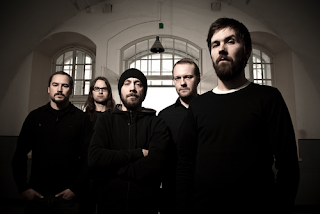 I think that it's a fair assessment that a good portion of melodic death metal bands that have come out in the last decade or so are far from being innovative or exciting. A lot of bands seem to tread the line between being melodic death metal and melodic metalcore, which is a line that a lot of bands cross and wind up only hurting them, for the most part. In my opinion, Ghost Brigade is one of the few bands to come out recently to actually do something worth while in melo-death, but that's all subjective.
It's debatable whether or not one could really say these guys are really a melodic death metal band nowadays. They're exploration into the realms of gothic and doom has definitely been steadily increasing since their debut and is very clear on here more so than any sort of modern melodic death metal, or even rehashed style. The growing similarities to groups like Swallow The Sun and Katatonia are more apparent than ever, more in terms of comparing them, not really influences per say. In all honesty, and this might just be me, but I think that Manne Ikonen's clean vocals sound very similar to that of Swallow The Sun's Mikko Kotamäki, not that that's a bad thing in my opinion.
While their previous two albums have never been full-bore metal records, in the sense that you had softer and more atmospheric parts intermingled with the heavy, this album contains some of their most somber and melancholic passages yet. I'm constantly finding myself impressed with the atmospheres the band use in their tracks. Even at their heaviest, there's always a very moody ambiance hanging in the background that just brings a gothic, but not in a cheesy or mainstream way. To be honest, I think I actually prefer their more melodic and mellow passages rather than the heavier ones, the likes of Grain and Cult of Decay are extremely catchy but don't sacrifice any of the darkness in their sound for more melody. There's a great balance on here that helps to really give the album a very holistic overall sound in my opinion and really helped to increase my enjoyment of the album. I like how the album has a lot of dynamics and never just plays it safe by sticking with one sound throughout. You'll find that with the band have slowed down even more on here, reducing that tag's applicability to this band even further.
Overall, I really enjoyed this but I do have to say that with the band moving away from the melodic death sound it will become even more trying to find good bands in that genre. I think a lot of people will agree that this is the band's best effort yet. Definitely check this out if you like more atmospheric doom and gothic metal, you won't be disappointed.
Overall Score: 9
Highlights: Chamber, Grain, Soulcarves
Posted by maskofgojira at 8:49 AM