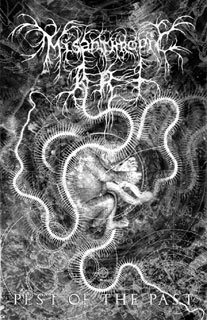 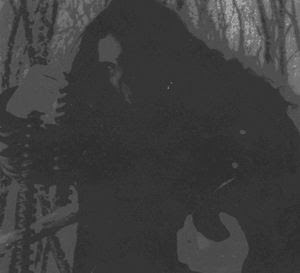 Misanthopic Art was a Russian project that last year actually managed to impress me, a rare thing from a Russian project. While I enjoyed the album, I can't say I expected to find a new album so soon, but it's definitely something I think should be given a bit more attention. I've been reading that this might be a bit more in the depressive vein than the last album, but I'm hopeful that that isn't the case.
Surprisingly enough the comments of this being more depressive than the album I had heard from before hand, was wrong. This album is actually even more experimental than the album I'd heard, which was 2009's "Necrohumanity... World Self Finalizing," which I found to be a lot more welcoming. Sure, this isn't rid of all things that you could find in the depressive/suicidal realm, the production is a bit foggy and some of the vocals are done in that horrid wine, but for the most part this is pretty industrial-ish driven black metal with a lot of symphonic elements. The playing, in comparison to hundreds of other bands you'll find in that scene, the guitar playing on here is at least above competent, managing to pull off some decent melodies, The Burden of Existence. The two covers, Spektrale Schattenlichter by Abigor and The Eternal Glory of War by Destroyer 666 are both well performed but they definitely feel different from the originals, which I guess should be seen as a good thing.
This is a decent little release, it's nothing great, but it's definitely one of the better projects I've heard come out of Russia. I'm hard pressed to say that the songwriting is memorable, but I can say that at least the approach is different to a lot of other bands. Check it out if you'd be interested in hearing elements of industrial and symphonic metal mixed with elements of depressive black metal.
Overall Score: 7
Highlights: Requiem Aeternam, Spektrale Schattenlichter
Posted by maskofgojira at 10:40 AM